According to Leftist Professors Calls for Civility by Conservatives is RACIST

The Left is doing everything it can to stifle legitimate political debate so that there will be no other way to solve differences and disagreements over issues except through violence.

The latest example of this comes from a New York University professor who has claimed that “calls for civility” in our political discourse “are just a power play by those who feel that white supremacy is under threat.” 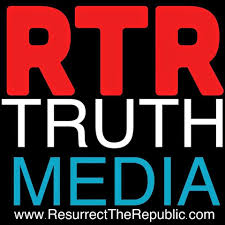 A pretty uninformed statement when you consider that whites are still, by far, the dominant ethnic group in America.
Nevertheless, as reported by Campus Reform, Simran Jeet Singh, a Henry R. Luce Post-Doctoral Fellow for Religion in International Affairs at the university’s Center for Religion and Media, made his ridiculous statement in a series of recent tweets in what was likely a response to calls for civility following crank Rep. Maxine Waters’ pleas with supporters to physically confront Trump administration officials because “they’re not welcome anywhere anymore.”
And for the record, Singh — an Asian-American with ties to India — is currently doing a post-doctoral fellowship under the name of a white American magazine magnate; Luce is the creator of the Time-Life magazine empire. Apparently, his hypocrisy is boundless.
Campus Reform noted further that Singh self-describes as an “anti-racist activist.” In the first tweet thread, he claimed that “lecturing people of color about civility in this climate is an ultimate sign of privilege.”
Really?
There’s more.

Whites are tired of being told they’re all racists

“If you don’t know what it’s like to fight for your life every single day, then it might not be your place to tell us how to fight personal and systemic racism,” he said, adding that “they mobilize and run these dehumanizing racist systems — and then they ask us to be more civil?”
Singh went on to say that Europeans often described those they “colonized” as being “uncivil” and backward. Therefore, the concept of “civility” must be rooted in “whiteness” and “European colonialism.”
It should be noted as well that America didn’t “colonize” his family’s native country of India; that would be Great Britain. But what do facts and details matter when you’re doing “activism?”
And what about that claim of having to “fight every single day” for his life? Is that accurate? Does Dr. Singh really have to do that in far-Left New York, where ethnic minorities flourish as does tolerant, accepting progressivism? That seems a bit hyperbolic. (Related: MSNBC sticking with homophobic racialist Joy Reid.)
Why Singh has to attach a racial connotation to simple calls for people to tone down their divisive, inflammatory rhetoric in what can only be described as an extreme, hyper-partisan political environment, is a mystery. If Maxine Waters had been white and we called for civility, would that be white privilege compounded or just plain common sense?
We’re confused because one day we’re being told that white people are too violent and responsible for all the mass murders, then the next day we see whites being tut-tutted for trying to tamp down violence.
Maybe white people are getting so uptight with Left-wing minorities because they’re sick and tired of Left-wing minorities accusing them of being racists…for everything they do and say.
“Activists” like Singh aren’t “anti-racist” campaigners they are racialist hacks with a chip on their shoulder who see an opportunity to lash out at whites for injustices, real and perceived. In other words, they’re dishing out the very same treatment to whites they claim to hate, to be against, and to have been victimized by. They’re giant hypocrites, but they hide behind their skin color and pretend that there’s no way they could ever be racists in a white-dominated country.
But they are. And it’s gotten way old.
Read more news about ridiculous “speech police” at SpeechPolice.news.
J.D. Heyes is also editor-in-chief of The National Sentinel.
Sources include:
NaturalNews.com
CampusReform.org
TheNationalSentinel.com
Posted by RTR Truth Media Staff on July 25, 2018