THE FUTURE of FREEDOM - INTERVIEW with NSA WHISTLEBLOWER WILLIAM BINNEY


A 36-year veteran of America’s Intelligence Community, William Binney resigned from his position as Director for Global Communications Intelligence (COMINT) at the National Security Agency (NSA) and blew the whistle, after discovering that his efforts to protect the privacy and security of Americans were being undermined by those above him in the chain of command. The NSA data-monitoring program which Binney and his team had developed -- codenamed ThinThread -- was being aimed not at foreign targets as intended, but at Americans (codenamed as Stellar Wind); destroying privacy here and around the world. Binney voices his call to action for the billions of individuals whose rights are currently being violated. William Binney speaks out in this feature-length interview with Tragedy and Hope's Richard Grove, focused on the topic of the ever-growing Surveillance State in America.
On January 22, 2015: (Berlin, Germany) – The Government Accountability Project (GAP) is proud to announce that retired NSA Technical Director and GAP client, William "Bill" Binney, will accept the Sam Adams Associates for Integrity in Intelligence Award today in Berlin, Germany. The award is presented annually by the Sam Adams Associates for Integrity in Intelligence (SAAII) to a professional who has taken a strong stand for ethics and integrity. http://whistleblower.org/press/nsa-wh... Would You Like to Know More? Subscribe to the Peace Revolution podcast produced by Tragedy and Hope: http://www.PeaceRevolution.org USEFUL LINKS T&H dot com: http://www.TragedyandHope.com T&H online Research & Development community: https://www.tragedyandhope.com/subscr... Follow on Twitter: http://twitter.com/TragedyandHope Watch on YouTube: http://www.youtube.com/TragedyandHopeMag Like on Facebook: https://www.facebook.com/TragedyandHo... Also on Facebook: https://www.facebook.com/theultimateh... Link to Richard's "History Blueprint": https://www.tragedyandhope.com/the-br... ABOUT TRAGEDY AND HOPE: SUMMARY, PURPOSE, FORM, AND FUNCTION Tragedy and Hope provides a portal through which individuals can discover, identify, and integrate useful tools, resources, and activities which stimulate and fortify Cognitive Liberty, providing primary sources, research, and educational methods which facilitate consciousness. Tragedy and Hope's purpose is to enable individuals to research and form groups of independent thinkers to solve humanity's most pressing problems, by identifying the etiology (study of the cause-and-effect origins) and thus understanding our way toward the solutions we seek. Tragedy and Hope's form and function (free to the public) enables hundreds-of-thousands of people around the world (172 countries in 2014 alone), to experience open-source education without upper-limits, and it is therein where the solutions are discovered- by making the problems truly known and understood at a root-cause level. 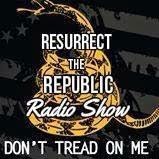 Tragedy and Hope creates, produces, and publishes educational content to help adults understand the world they live in and thereby, develop true self-confidence and serenity of mind; our content focuses on history, philosophy, economics, anthropology, science, communications, and every topic which pertains to learning how to survive and thrive in this world. Tragedy and Hope is funded by those who tune-in to our productions, and the members of the Tragedy and Hope online critical thinking and research community, who subscribe after witnessing the value provided, and voluntarily deciding to contribute in a way to ensure we can continue producing educational media with integrity and consistency. Sacrifice the Tragedy, Preserve the Hope. T&H: Re-Contextualizing History one Episode at a Time. Thank you for Tuning-In, and not Dropping-Out!


Thomas Drake is a former senior official of the National Security Agency (NSA) whom the Justice Department prosecuted under the Espionage Act. In June 2011, the case against him collapsed, but he endured four years of investigation and faced 10 felony counts after he used internal mechanisms to disclose serious wrongdoing concerning a data collection program called "Trailblazer." That program was costly, wasteful and ineffective; it threatened Americans' privacy rights, and was wholly undeveloped -- despite the availability of a cost-effective, functional alternative that protected Americans' privacy. Ultimately, the Department of Justice (DOJ) dropped all felony counts against him, and the judge excoriated DOJ lawyers for their conduct. Drake is the recipient of the 2011 Ridenhour Prize for Truth-Telling, regarded in the U.S. as the highest honor that a whistleblower can receive.
Posted by RTR Truth Media Staff on July 19, 2018