When residents in an Oakland neighborhood saw one of their fellow neighbors being raided by ICE, they rallied outside the home to protest the arrest.

Twitter Ads info and privacy
Demonstrators waved a banner stating, “We love our neighbors.” One woman carried a sign that said, “No person is illegal,” while admitting to reporters she had no idea what agents were up to in the community. Others chalked the sidewalk, writing, “OPD is a disgrace.”
“ICE is not welcome in this country,” one neighbor told KPIX.
As it turns out, however, ICE was not carrying out an immigration raid, but instead executing a federal warrant in connection with a child sex trafficking network.
“People were seen being taken away from the home, including at least one person covered by a blanket and led to a waiting car by unidentified people in plain clothes,” reported CBS San Francisco.

Nothing screams Democrat resistance as much as protesting ICE while they raid and break up a Child Sex Trafficking ring. The democrats are lost... all they have left is hate. #walkaway http://thefederalist.com/2018/07/05/watch-neighbors-protest-ice-as-it-breaks-up-child-sex-trafficking-ring/ …

Protesters wrote 'Oakland PD is a disgrace' in chalk on the ground, as ICE agents busted up a child prostitution ring in their neighborhood.
thefederalist.com

Twitter Ads info and privacy
Oakland Police made it clear at the time that they did not participate in the investigation due to their Sanctuary City status, but did help with traffic control.
The August 2017 incident is receiving renewed scrutiny on social media as leftists continue to call for the Immigrations and Customs Enforcement federal agency to be abolished.
Oakland is the same Sanctuary City where Mayor Libby Schaff tipped off illegal aliens that ICE agents would be conducting raids in the community earlier this year. President Donald Trump later publicly dressed down Schaff, calling her actions a “disgrace.” 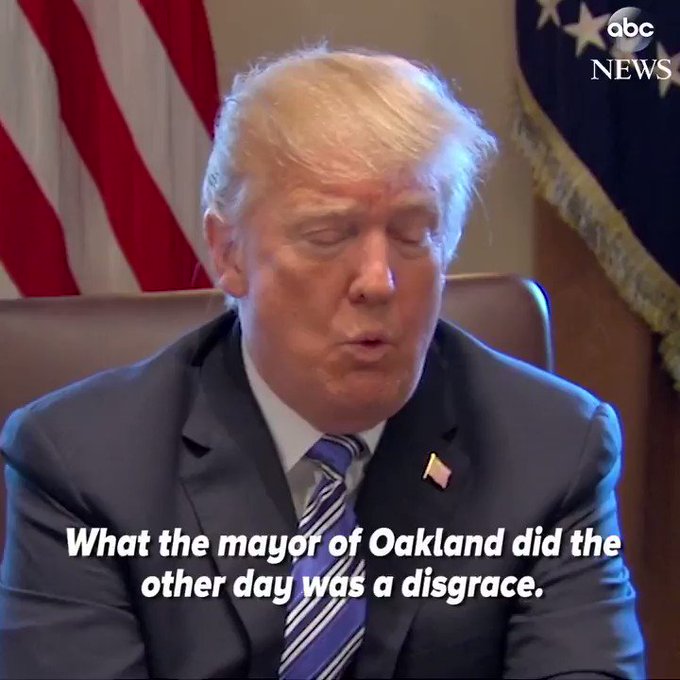 Pres. Trump says Oakland Mayor is being scrutinized following her decision to warn residents ahead of ICE raid: "What she did is incredible, and very dangerous from the standpoint of ICE, and border patrol." http://abcn.ws/2Dc7kA2


Delivered by The Daily Sheeple
Posted by RTR TRUTH MEDIA on July 08, 2018