The recent mass casualty event as designated by the main stream media and law enforcement, a shooting at a high school in Broward County Florida, has some seriously disturbing facts that are emerging. While many are calling for gun control and in light of our knowledge of the United Nations Small Arms Disarmament Treaty that was signed at the behest of then President Barack Hussein Obama by John Kerry, as all things politically motivated, we must question and fact check every detail. We must, because to spite the fact that the Federal Bureau of Investigation, Youtube and Instagram being notified about the alleged shooter' violent tendencies and radical leftist activism, no one acted. 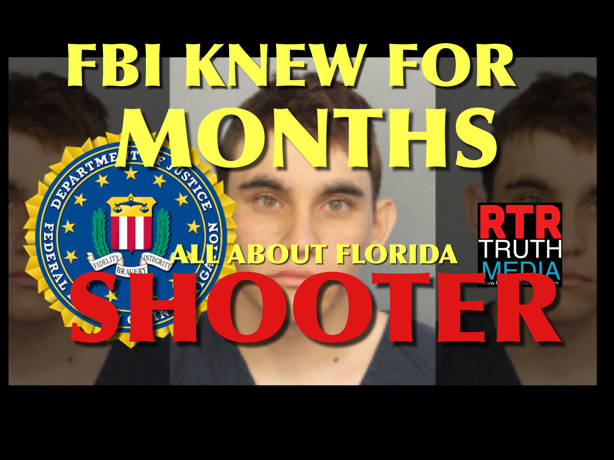 FBI KNEW ABOUT SHOOTER SINCE LAST YEAR
RTR TRUTH MEDIA
An online citizen journalist "Ben the Bondsman" on YouTube alerted the FBI months prior to the High School shooting in Broward County Florida. They sent agents to his house 2 hours after he made contact. He was contacted by two separate field offices. Yet Main Stream Media is silent on this, but loud on gun control. An agenda is playing out here. And if the FBI was not in some way involved then they are inept and "Ben the Bondsman" should be appointed FBI Director.

A report of 2 or possibly more shooters:
BLACKSTONE INTELLIGENCE

Jake's Analysis as more information has come in about this FBI involvement.

Fair Use Act Disclaimer. Copyright Disclaimer under section 107 of the Copyright Act 1976, allowance is made for “fair use” for purposes such as criticism, comment, news reporting, teaching, scholarship, education and research. Fair use is a use permitted by copyright statute that might otherwise be infringing.

This article will be updated as more information comes to light.
Listen to "FLORIDA SHOOTING - FALSE FLAG or MAJOR MALFUNCTION" on Spreaker.