Dismissal of Charges Against Bunkerville Defendants

The Federal prosecutors filed a motion to dismiss the superseding indictment against four defendants in the Bunkerville Standoff on Wednesday, February 7th.

The case is, in essence, over for these four men, as the motion specifically asked for the indictment to be dismissed with prejudice. This means there is no chance for the government to come back and attempt to try them for the same charges.

In light of the Judge’s order to dismiss the charges against the previous group of defendants last month, it is expected that Judge Gloria Navarro will grant this motion quickly. 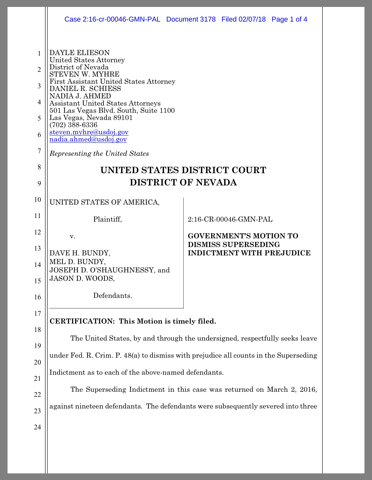 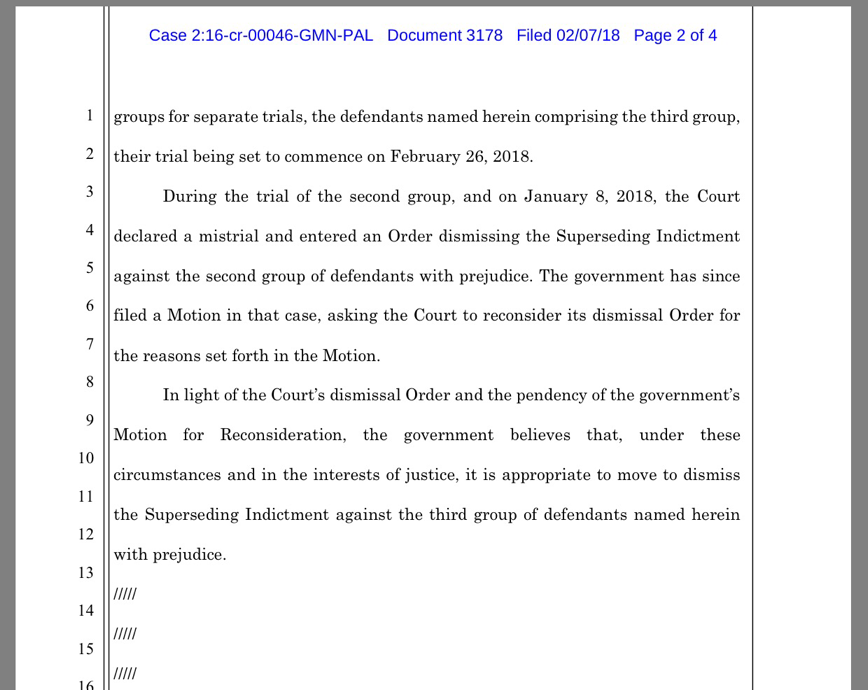 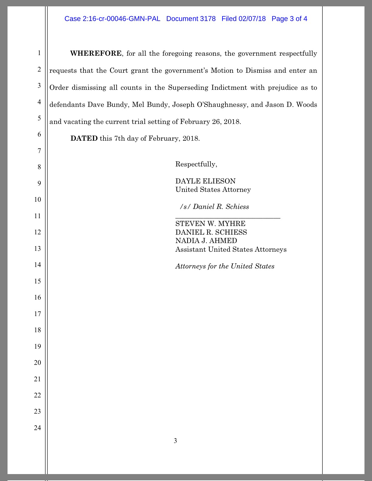 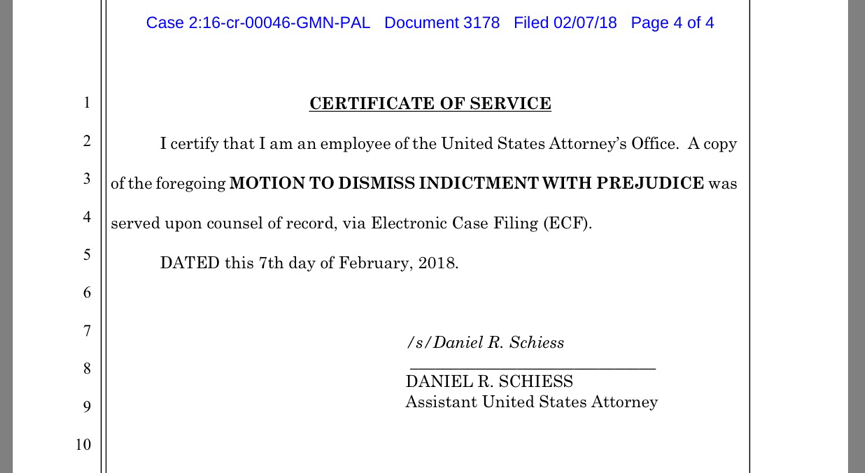 The government did cite their reasoning to include another filing they made today.

The prosecutors filed a ‘Motion To Reconsider Orders Dismissing Indictment With Prejudice’ against the Tier 1 defendants, including Cliven Bundy, his sons Ammon and Ryan, and Activist Ryan Payne.

In this motion, the government admits to the snipers and the cameras:

There has never been any dispute that armed federal officers positioned themselves on public land so they could surveil the Bundy ranch to watch for signs of impending interference with the operation, and that at least for a time, they used a camera to assist with that surveillance.

However, the prosecution does not address the fact that they called these an “Urban Legend” and implied they were a fantasy made up by the defendants. Stating in court that the defendants were on a “fishing expedition”, they made every attempt to hide this evidence from the Court.

Judge Navarro gave the prosecution everything they wanted for months, actually years, until the truth was forced to come out. She ruled against the defendants at every turn. She finally tried to make things right last month when she ruled for the dismissal with prejudice.

The court was correct when it ruled that the prosecution violated the Brady rules multiple times. This seems to be one last-ditch effort on the part of AUSA Steven Myhre and company to save face.

Quite a lot is riding on this indictment for the government, including hundreds of millions of dollars. They must find a way to justify this bad behavior. Let’s hope that Judge Navarro does not fall for their fairy tales once again.

Please support our coverage of your rights. Donate here: paypal.me/RedoubtNews