BREAKING: SHOOTING AT THE NSA - SUSPECT in CUSTODY

RTR TRUTH MEDIA :  Breaking News out of Ft. Meade - A shooting has been reported at the gates of the national Security Agency's front security gate. Fox 5 News Reports.


The Associated Press first reported that one person was in custody. The AP also reported that Fort Meade garrison spokeswoman Cheryl Phillips confirmed that one person was injured in the shooting outside the base and was taken to the hospital.
A statement from the NSA Public Affairs Office says: "At approximately 7 a.m. this morning, there was a security incident at one of the National Security Agency security checkpoints. The NSA Police force is currently investigating. More information will be released as it becomes available."
http://www.fox5dc.com/news/breaking-reports-of-possible-shooting-at-fort-meade
RTR
FBI REPORTS :    They are aware and are on it..... Ill just leave that alone for now.... Here is their tweet - 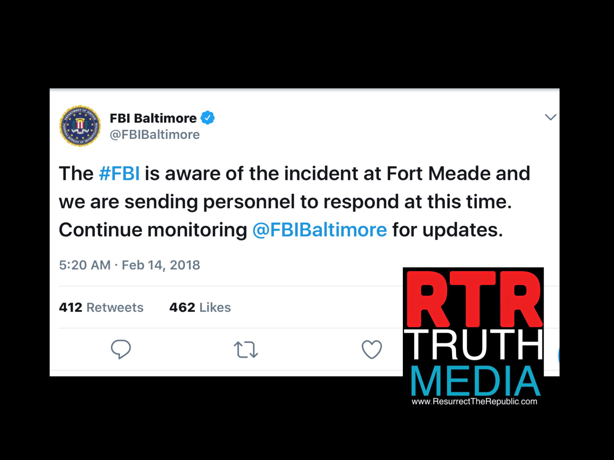