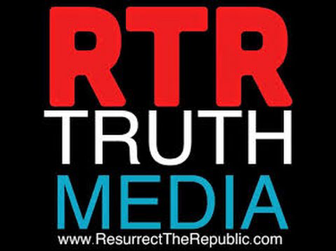 Aaron and Melissa Dykes (formerly Melton) created Truthstream Media to figure out what in the hell is really going on around here.

Co-founder of Truthstream Media, Aaron Dykes is an investigative researcher and video creator with over a decade of experience in uncovering the secretive and often nefarious that gravitates around power. Together with his wife Melissa Dykes, Aaron has traveled across the country in search of threads tied to political intrigue, black ops, military industrial complex, the weaponization of science, a hidden history of eugenics and population control, unethical human experimentation and the quest to control the physical mind that remains ongoing and little known. Aaron has been part of hundreds videos and interviews on a variety of important topics across the spread of geopolitics and conspiracy, news and olds.

Melissa Dykes is the other co-founder of Truthstream Media, and a passionate and witty voice for common sense and sanity in a world plagued by lies, corruption and deep conspiracies that has patched over reality and left a world of naive and helplessly herded people lost in technology, and cut off from their own history. She has focused her investigative research and video production on issues ranging from health and safety in smart meters, EMF, ersatz food, cell towers and other modern environmental concerns, to the dark underbelly of covert experimentation, CIA plots, secret infrastructure and the organized and systematic control over the minds of the population. Melissa has written dozens of articles, edited and produced countless videos, and several documentary projects in the hopes of shining a light in the right places.

Everyone knows something is very wrong here. We feel it, even if we cannot put a name on it.

We’re seeking answers… but first, we are trying to ask the right questions.

But we have found that the table is rigged. Our perceptions are skewed, our illusions used for deceptive ends, and the true nature of life has been veiled from the people. It has been kept, and hidden, and secretly progressed.

In contemporary times, the meaning of technology has dawned upon us much more slowly than its products have taken over our busy lives. Updates in the understanding of science have informed these tools and developments, and fine tuned the mechanisms of control. It is much greater than just economic, consumerist, political or feudal.

Traditional goals of mental dominance over inferior peoples by the ruling elite, and programs of social control have now infused with the technological means of achieving it.

In through the eyes, understanding the central nervous system, the components of the brain, and the language of neuron and the patterns of thought. All of this and more has been achieved.

The rules have been hacked, bent and broken.  Science, wielded by technocrats, has changed the rules, and it is time that the people know.

Melissa and I have been pouring through stacks of old books, academic papers and journals to take away an impression of how it all happened, a sense of the specifics behind the larger goals.

What it all boils down to is a technical control over reality, over information, and over the behaviors that make up human and animal life.

Those who interject all of this talk with line in the sands defense of “free will” need not despair – even the most atheistic neurologist cannot explain the physical mind – there is only the physical brain. The mind is its own entity, the keyhole between this life and the spiritual, or of a timeless dimension, if you prefer.

However, our physical world can be manipulated, the impressions can be altered, skewing opinions, frames of the world, and the decisions that we base upon our accumulated knowledge, and the stimuli that push us into action at a moment’s notice.

The image at the top of this page is just one single concrete reminder that the scientists of the 20th Century toyed with controlling human/animal behavior through direct manipulation of the brain.

In this experiment circa 1962, scientists used high frequency electric stimulation of a certain center of the brain to put the cat to sleep – resulting in a rapid shift of brainwaves that dramatically altered behavior.

In 20 seconds or less, the above cat went from alert/neutral to fast asleep. That is power worth reflecting upon. But does anyone ever discuss it?

On top of our knowledge of news, politics and world events, we’d like to offer up our research in a specific set of scientific developments related directly to the cover operations under MK Ultra, and the quasi-secretive work of the major foundations and other philanthropic institutions that operate a statecraft of their own largely overlooked by mainstream history.

This will be expressed through our forthcoming film, and in numerous posts, videos and discussions in the months to come.

Obviously, things have advanced tremendously since the the mid-20th Century – and today’s gadgets can do any number of things.

But if that’s what they could do 50 years ago… what is happening now?

That is one question, of many, that we’d like to answer. And with your support, we will.

P.S. — Our original articles are licensed under a Creative Commons Attribution 3.0 Unported License. Articles may be republished as long as attribution bio is included and all links remain intact.Thx!