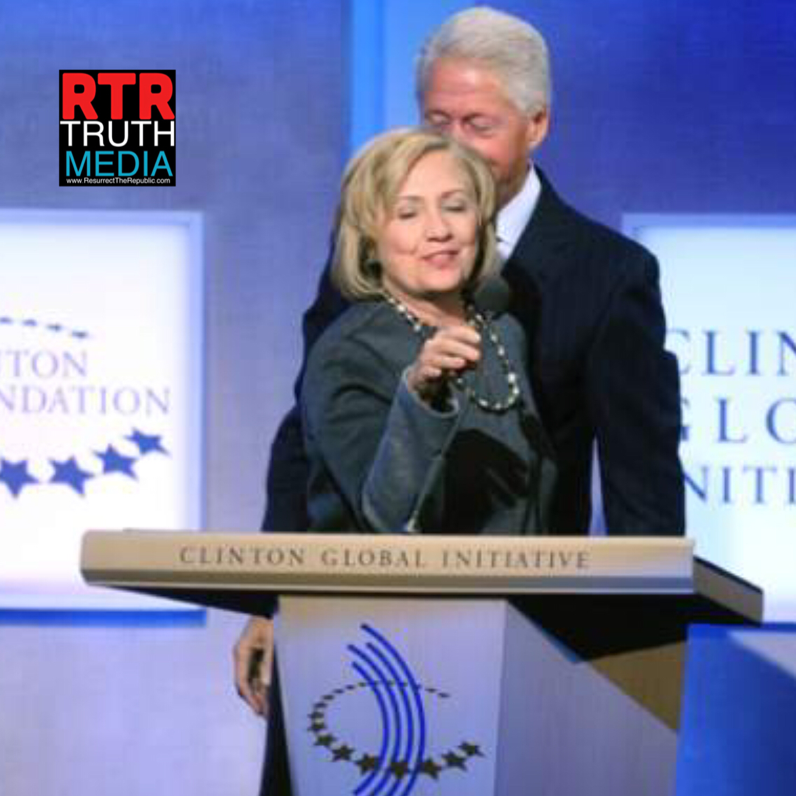 According to a new report, an FBI informant in the ongoing Uranium One investigation says that executives for the Russian nuclear company involved in the deal wired money to the United States to influence then-Secretary of State Hillary Clinton during the time when she was in a position to reset relations between the United States and Russia. With Clinton's approval, that deal transferred at least 20 percent of U.S. uranium to Russian control.
As The Hill reported Wednesday, the informant, Douglas Campbell, told three separate congressional committees that millions of dollars were routed to the United States by Moscow. The money — earmarked to benefit the Clinton Foundation — was intended to influence Hillary Clinton. The degree to which the payoff was successful can perhaps best be judged by the fact that Clinton readily approved the controversial Uranium One deal.
The crux of the issue is the 2010 deal — approved by Secretary Clinton and others — that allowed the sale of of U.S. uranium mining facilities to Rosatom State Atomic Energy Corporation, a Russian state-owned company headquartered in Moscow. While it would be bad enough for Secretary Clinton to have approved a deal that would strengthen Russia while weakening the United States, there is more to this scandal than even that. The New York Times reported in 2015 (before Clinton was the Democrat nominee) that more than $40,000,000 in donations were made to the Clinton Foundation in connection with the deal.

Campbell’s newest revelations were delivered in the form of a written statement to the Senate Judiciary, the House Intelligence, and the House Oversight and Government Reform committees, which are looking into the deal, though he was also interviewed in a closed-door session by members of those committees. According to The Hill, his statement said that he was told by Russian nuclear executives that Moscow had hired the American lobbying firm APCO Worldwide specifically because it was in position to influence the Obama administration, and more specifically Hillary Clinton.
In one part of the statement, Campbell writes that Russian nuclear executives told him on more than one occasion that “they expected APCO to apply a portion of the $3 million annual lobbying fee it was receiving from the Russians to provide in-kind support for the Clintons' Global Initiative.” His statement went on to say, “The contract called for four payments of $750,000 over twelve months. APCO was expected to give assistance free of charge to the Clinton Global Initiative as part of their effort to create a favorable environment to ensure the Obama administration made affirmative decisions on everything from Uranium One to the U.S.-Russia Civilian Nuclear Cooperation agreement.”
As if on cue, Democrats began a campaign to cast doubt on the veracity of Campbell’s testimony. Representative Adam Schiff (D-Calif.), who is the ranking Democrat on the House Intelligence Committee, was joined by the ranking Democrat on the House Oversight Committee, Representative Elijah Cummings (D-Md.), in claiming that in briefing late last year, DOJ officials told them that had found Campbell untrustworthy when he worked as an FBI informant.
What Schiff and Cummings did not address is why — if Campbell could not be trusted — he was rewarded for his work for the FBI in 2016 to the tune of $50,000.
Clinton spokesman Nick Merrill said Campbell’s testimony is part of a “trifecta of GOP-manufactured scandals” designed to distract from the Trump/Russia collusion investigation. Merrill said:
Just yesterday the committee made clear that this secret informant charade was just that, a charade. Along with the widely debunked text-message-gate and Nunes' embarrassing memo episode, we have a trifecta of GOP-manufactured scandals designed to distract from their own president's problems and the threat to democracy he poses.
This sounds familiar. As this writer reported when Campbell first came forward in November as the “secret witness” in the Senate committee investigation looking into UranuimGate, Merrill said, “This latest iteration is simply more of the Right doing Trump’s bidding for him to distract from his own Russia problems.”
Merrill needs to come up with some new material.
But in that spirit, this writer will simply respond to Merrill’s “new” statement by quoting from that previous article in November — because it’s as applicable now as it was then:
What Merrill, Clinton, and everyone else on that side of the scandal seems to miss is that Trump doesn’t appear to have any “Russia problems.” But Clinton, who — as irony would have it — helped start the whole Russia-as-the-Bogeyman process, does have a large share of Russia problems. And Uranium One and the Clinton Foundation are at ground zero of those problems.
And considering the mountain of evidence coming out of the text messages between FBI agent Peter Stzrok and his mistress/coworker Lisa Page, and the recent confirmation of the claims of the Republican FISA memo authored by House Intelligence Committee Chairman Devin Nunes (R-Calif.), perhaps it would be best for Merrill not to mention those along with this. Unless he is admitting that Campbell is correct.
The deflection ploy does not appear to be working for Hillary Clinton this time. Her pay-for-play/UraniumGate scheme that weakened the United States while simultaneously strengthening our enemies and fattening the coffers of the Clinton Foundation during her tenure as secretary of state is already being investigated by at least three congressional committees, the FBI, and the DOJ.
Before it’s over, Clinton could face criminal charges in one or more of those probes. Because, as Nunes said Monday, there is a “clear link” between Clinton and Russia. Nunes was speaking of the Clinton campaign and the DNC illegally funding the spurious Trump “dossier,” which was based on information that was gathered “from Russian government sources inside Russia,” according to a recent referral for criminal investigation of the the document’s author.
As more and more evidence continues to come to light, it is becoming increasingly apparent that it was Clinton, not Trump, who was “Putin’s puppet.”
Please Read More at - https://www.thenewamerican.com/usnews/crime/item/28243-fbi-informant-in-uraniumgate-case-moscow-funneled-millions-to-benefit-clinton-foundation
We ask all our readers to please visit, subscribe to and share the content from the sources we assist in spreading the truth from.  We do not profit nor advertise when sharing articles by other sources within that specific content.
Photo of Hillary and Bill Clinton: AP Images