An Israeli court convicted a Jewish Israeli man on charges including extortion for making a string of bomb threats targeting U.S. Jewish community centers, airlines and shopping malls — capping a case that had raised fears of a wave of anti-Semitism in the United States.

(Excerpt from the Chicago Tribune)

The Tel Aviv district court did not identify the man because he was a teen when he committed the crimes. But a separate U.S. indictment has identified him as Michael Ron David Kadar, a dual American-Israeli citizen.

Kadar's arrest in March 2017 followed a trans-Atlantic investigation with the FBI and other international law enforcement agencies.

Police said the 19-year-old, from southern Israel, used advanced technologies to mask the origin of his calls and communications to synagogues, community buildings and public venues.

In early 2017, there were dozens of bomb threats against Jewish community centers and day schools across the U.S. and in Canada, according to the Anti-Defamation League, a Jewish group that battles anti-Semitism. The threats led to evacuations, sent a chill through local Jewish communities and raised fears of rising anti-Semitism.

The Israeli indictment said that besides the Jewish centers, Kadar also targeted airports, malls, police stations and Republican state Sen. Ernesto Lopez from Delaware. He also offered his intimidation services over the internet in return for compensation in Bitcoin.

In all, Kadar was accused of making over 2,000 threats.

Among the allegations in the Israeli indictment were making a bomb threat against an El-Al flight to Israel that sparked fighter jets to be scrambled, and threatening a Canadian airport, which required passengers to disembark on emergency slides. Six people were injured. He was also accused of threatening a Virgin flight that as a result dumped eight tons of fuel over the ocean before landing, and threatening a plane being used by the NBA's Boston Celtics.

Police had said he used sophisticated "camouflage technologies" to disguise his voice and mask his location. They said a search of his home uncovered antennas and satellite equipment.

The judge wrote that investigators had determined the young man enjoyed making people panic and putting them in fear and stress.

Prosecutor Yoni Hadad said Kadar was convicted on charges including extortion, publishing false information, money laundering and violations of computer laws. "He caused panic and terrorized many people, and disrupted their lives," he said.

In the U.S., Kadar also faces federal hate crimes, bomb threats, hoax and cyberstalking charges that could potentially put him behind bars for decades, according to an (So Israel can spy on us, steal from us, etc. but they are such a great "ally" that they refuse extradition. I wonder if they are afraid to reveal what real motivation or organization was behind this individuals actions or if he was any part of their Hasbara operations?)


The U.S. Senate has passed a measure expanding federal hate-crimes (thought crimes fused with an actual criminal act) laws to include threatening or defacing religious institutions, a victory for the Mercer Island banker who helped draft the measure after a bomb threat against a Mercer Island Jewish community center last year.

The bomb threat, which was called in to the Stroum Jewish Community Center (by an Israeli Jewish man) in February 2017, propelled Mercer Island resident Joseph Schocken — president of Seattle-based Broadmark Capital — to contact Rep. Derek Kilmer, D-Gig Harbor, and help draft legislation to amend federal hate-crimes laws and increase penalties for threats to deface, damage or destroy properties used by religious institutions and affiliated facilities. (While we at RTR agree that property crimes are despicable, no one should have extended rights or protections over any other, and certainly not when said crime that triggered the push comes from someone within their own belief system)

The Protecting Religiously Affiliated Institutions Act increases the penalty to five years in prison and a fine for threats that lead to damage. Currently, such crimes are a misdemeanor, which carries a maximum one-year jail sentence.

“At the end of the day, hate crimes are crimes, and it is important that we have stronger laws to protect these institutions,” Schocken said. (Hate crimes is a Marxist concept and thought crime is Un-American)

Learn more about the Marxist roots of Hate Speech and Intersectionality:


Identity politics hate crime and PC. It could all be due to a little known ‘Marxist’ called Gramasci. - http://abluerevolution.org/2018/04/08/identity-politics-hate-crime-and-pc-it-could-all-be-due-to-a-little-known-marxist-called-gramasci/Did Marxists Invent the “War on Hate?”
A Cato Institute forum reveals the radical origins of the Left’s “War on Hate”
https://capitalresearch.org/article/did-marxists-invent-the-war-on-hate/Michael W. Masters
Volume 20, Number 3 (Spring 2010)
Issue theme: "The Southern Poverty Law Center - A Special Report"
https://www.thesocialcontract.com/artman2/publish/tsc_20_3/tsc_20_3_masters.shtml

The bill Schocken and Kilmer crafted easily passed the U.S. House of Representatives last December, with only two members voting against it. The Senate version, which was co-sponsored by Sens. Orrin Hatch, R-Utah, and Dianne Feinstein, D-Calif., passed unanimously. (This should speak volumes of either the ignorance, the subversion or the control over the US Senate that "some groups" have upon it.) A few minor changes made to help give more clarity for prosecutors and judges mean the House has to vote on the bill again.

Kilmer doesn’t think there will be any holdups in the House, where the measure has strong bipartisan support. The bill was co-sponsored in the House by Tennessee Republican David Kustoff. Kilmer said he expects the measure to be signed by President Donald Trump. (And if Trump signs this, then we know that Trump will be showing that he is not nor ever was a true conservative, but just another Marxist with conservative window-dressing...which will disappoint all of us here.)

The toughening of federal laws comes as reports of hate crimes are trending upward. According to the FBI, there were 6,121 reported incidents in 2016, up from 5,850 in 2015. In Washington state, there were 387 incidents reported in 2016 and 275 in 2015. The Anti-Defamation League (ADL) (an organization that has long standing ties to organized crime and to many Communists), which tracks anti-Semitic incidents in the United States, ( including many of the self made variety but fails to distinguish the difference between one or the other) found such incidents increased from 1,267 in 2016 to 1,986 in 2017, a jump of 57 percent.


The threat was linked to Michael Ron David Kadar in Israel. Kadar, now 19, has dual Israeli and U.S. citizenship. He was arrested in Israel for making threats against numerous American Jewish organizations, including to the Stroum community center. Kadar was indicted by a federal grand jury in February for making the threats and hate crimes. (This is essentially a Jewish American Israeli committing a crime against others to falsely create a narrative that has caused Marxist legislation to be increased - does this not bother everyone to their core?)

As reported by the Daily Caller -

Federal prosecutors charged a U.S.-Israeli dual citizen with hate crime and other offenses in connection with more than a hundred threats he allegedly phoned into Jewish community centers and organizations last year. (He was later convicted in Israel for this crime but so what? The damage has been done. And now we have foreign laws and concepts codified into US law being pushed.)

Michael Ron David Kadar, 19, was indicted in federal courts in Georgia, Florida and Washington, D.C. after an investigation into numerous threats against the community centers and high-profile (criminally connected) Jewish organizations, including the Anti-Defamation League and Israeli embassy in Washington.

Prosecutors in Florida say Kadar, who is Jewish, made multiple calls involving bomb threats and active shooter threats to Jewish Community Centers throughout the state. The Florida indictment also charges Kadar with attempting to obstruct the free exercise of religion at the community centers. (But we know his likely intentions were to create a false narrative. Those who become so ideologically driven as professional victims often act out like this. There are many many examples of this.)

In Washington, Kadar allegedly called in a bomb threat to ADL offices on March 7 and sent a threatening email about a bomb to the Israeli Embassy two days later. The Georgia indictment charges him with making threatening calls, cyberstalking and giving police a false report about a hostage situation at a private home.


Before these indictments, Kadar had already been hit with federal charges in Florida and Georgia for making similar threats against Jewish groups. In all, he is allegedly responsible for at least 160 — or about 9 percent — of the anti-Semitic incidents in the U.S. in 2017, according to an ADL report released Tuesday. (The ADL likely had no choice but to report this as the man was caught red handed no pun intended).

RTR - The Ugly Truth About the Anti Defamation League:
https://rtrtruthmedia.blogspot.com/2018/09/the-ugly-truth-about-anti-defamation-league.html

The ADL audit says there were 1,986 anti-Jewish incidents last year, a 57 percent increase over the 2016 total of 1,267. Based on ADL’s figures, Kadar accounted for more than one-fifth of the rise in incidents of threats or harassment of Jewish people in the U.S. last year. (So how many more are self made begs to question, and where are the ADL reports on it? Also, using their concept of "Social Justice" thought crimes, should not Jews who commit crimes against Jews be given even more of a sentence and harsher penalties? - Sarcasm of course.)

In a statement on the latest charges against Kadar, FBI Director Christopher Wray said it didn’t matter that Kadar’s threats were hoaxes, because the fear felt by his targets was real. (There is a crime that already deals with making threats, its called "terroristic threats" and when made directly without condition it is the act and not the feelings that are unlawful.) Hate crime means what you were thinking or drove you to an act. This should be irrelevant under the law, because this requires the government to judge on the thoughts and if certain thoughts are right or wrong. We all know punching someone in the face unprovoked is wrong... why someone did it is irrelevant.)

“These alleged threats were very real for those individuals who were evacuated, for the first responders who quickly mobilized to get people out of harm’s way, and for those in Jewish communities across the United States who felt targeted and unsafe,” he said. They felt? (Again the direct threat was in fact the crime. If we start gauging crimes based on feelings, in today's snowflake generation we are in serious trouble.)

Kadar was arrested in April in Israel, where he also faced charges and was convicted. (He should be extradicted to the United States to stand trial under US Law for hoaxing terrorist threats and creating a false narrative that has affected US law.)
http://dailycaller.com/2018/02/28/feds-indict-us-israeli-man-antismetic-acts/
ALSO WATCH:

Content created by The Daily Caller News Foundation is available without charge to any eligible news publisher that can provide a large audience. 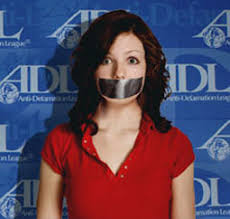