You just can not make this stuff up. Self described Communist "revolutionaries" move to cause more chaos and mayhem by attacking conservatives. This proposal should be evidence enough that #JoeMcCarthyWasRight. Or at least on to much more that we should have dealt with long ago. I predict that these efforts if allowed to foment will cause chaos that lends credence of the saying Ordo ad Chao or Order out of Chaos. This will only cause the authoritarian police state to justify it's continuous growth. Funny, the very thing the Communists claim they oppose. 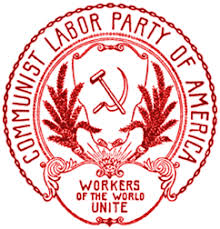 Communist agitators took to Twitter this week to brainstorm strategies for a violent armed insurrection against their perceived enemies.

“Dr. Bones," the co-host of the far-left podcast The Guillotine, started the conversation going with his 5,000-plus Twitter followers. Bones (@Ole_Bonsey on Twitter) asked: “Hey quick little question for military minded lefties: should leftists train/organize in a 'insurgent' focus where they blend into a civilian population for potential attacks or a more 'militia' structure focused on holding/maintaining turf?”

Bones went on to suggest that fellow travelers organize "hidden cells" and focus on ambushes and assassinations to bleed "right-leaning forces" dry. He said the during the day comrades should pretend to be into "helping everybody" and never talk about their "nighttime activities."

The Guillotine podcast, which covers “global current events from a revolutionary communist and anarchist perspective,” has nearly 15,000 Facebook followers and 250 active monthly donors on its Patreon account.
Posted by RTR TRUTH MEDIA on September 28, 2018