WOLFGANG HALBIG on RESURRECT the REPUBLIC - BLOWING the LID OFF PARKLAND


Wolfgang Halbig on Resurrect the Republic with Tom Lacovara-Stewart. Discussed is his lawsuit with co-defendant Alex Jones on behalf of Lenny Posner, Sandy Hook, Parkland shooting, the Smith-Mundt Act, Homeland Security, the Boston Bombing, and the Obama era Neo-Marxist Promise Federal Grant Program, and more.
Wolfgang is a former Florida State Trooper and worked specifically in Emergency preparedness for schools, even drafting the plan for Broward County. Who better to tell us what went wrong?
Some important questions need to be asked….. There are even more questions than the ones below at We Are Change Orlando - https://www.facebook.com/WACOrlando/videos/1335915919872108/

1.       Who directed the New Haven FBI field offices to classify the Sandy Hook Elementary School Shooting on Dec 14, 2012?
2. Why and for what reason would the FBI classify the Sandy Hook Elementary School Shooting when they did not classify the Columbine shooting which also was a Mass casualty shooting incident?
3. Who on Dec 14, 2012 was the Incident Commander as required by the Federal Emergency Management Administration in directing the Mass Casualty Shooting Incident at the Sandy Hook Elementary School?
·         Who on Dec 14, 2012 at the Incident Command Center made the ordering of Porta Potties a high priority since they were delivered within 3 hours of the school shooting? Never ever heard off.
·         • Who ordered those Port Potties from Southbury, Ct?
·         • When I called the Porta Pottie Company after searching for over a week as to who and when they were ordered I was told that it is classified and they are not allowed to share that information with me.
·         • The next morning I received a phone call from the Southbury Police Department at my home telling me not to call that company again since I was harassing them.
·         • High priority for toilets but not for Life Star Trauma helicopters or paramedics.
4. Who and Why did they not request the Life Star Helicopters knowing that children and school staff are seriously injured and clinging to life?
5. Who and Why did they not allow the Paramedics and the EMT’S inside the Sandy Hook School to treat the seriously injured or those children and school staff clinging to life?
6. Who declared all 18 children and six school staff members legally dead within the first 8 minutes?
7. Who was the Certified Environmental Bio-Hazard Decontamination company contracted by the Newtown Public Schools to remove 45–65 gallons of blood, skull fragments, brain tissues, bodily fluids, blood soaked carpets and any other decontaminated are a inside the Sandy Hook School?
8. Why does an off duty Lt from the Newtown Police Department refuse to leave his off duty work assignment at a construction site on Dec 14, 2012 when hearing that shots have been fired at the Sandy Hook Elementary School?
9. Who at the Newtown Public Schools notified all of the parents in writing as required by CT law that had children attending the Sandy Hook Elementary School as well as every school staff member every school year of all the potential life threatening chemical hazards. The school had high levels of lead paint throughout the entire school, Asbestos in the ceiling time and floor tile, asbestos in the insulation and most of all the school had very high levels of PCB?
10. Who provided the urgent medical care to the two children who were not transported to the Danbury Trauma Center until an hour after the school was deemed safe for that 15-mile drive?
11. Who treated those two children who had been shot multiple times like three to 11 times since they did not allow the paramedics and EMT’S inside the Sandy Hook Elementary School?
12. Why did the parents of the two children who died at the Danbury hospital not allow their children to donate their organs to other children waiting for the gift of life?
13. What happened to the 500 children and 60 school staff members from Sandy Hook Elementary School on Dec 14, 2012?
14. Who was the police officer calling into the Newtown Police dispatcher stating in his words that he has multiple weapons, he has a rifle and a shotgun and who has the rifle and the shotgun as the chain of evidence should show that was found in classroom eight (8)?
15. Why would a police officer by the name of Lt Vangehle at 9:45:21 am on Dec 14, 2012 from the Newtown Police Department after finding a kindergarten female child in the hallway make her go into room eight (8) and leave her? Room eight is a gruesome crime scene with dead children and school staff. Why?
16. Why would two CT State Troopers enter room ten (10) at 9:55:31 am on Dec 14, 2012 which is a gruesome crime scene with dead bodies of children and school staff and tell a kindergarten boy who they find in the bathroom who’s name is redacted and tell them so it must be more than one to stay and they will be both back when it is safe? 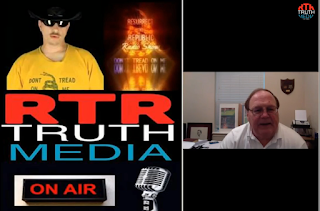