Remembering one of the few Democrats who was willing to stand up to Bill Clinton and to the International Bankers. A Tea Party favorite, former Sheriff and member of the House of Representatives who spoke out and exposed the #DeepState long before it was cool to do so. He met a tragic end after being removed from Congress, after being set up and imprisoned as a real  #PoliticalPrisoner . He refused to remain silent and mysteriously had a tractor flip on him allegedly crush him to the point of not being able to breathe. He died of his injuries in the hospital. I don't care for most Democrats today, but this was one who broke the establishment mold and deplored Communists and war hawk fake big government progressive conservatives and liberals alike.

TruNews is the world’s leading news source that reports, analyzes, and comments on global events and trends with a conservative, orthodox Christian worldview. Our vision is to build a global news network that provides a credible source for world news, events, and trends while giving respect and honor to Christians of all major denominations — Evangelical, Orthodox, Anglican, Catholic, and Protestant. We believe Christians need and deserve their own global news network to keep the worldwide Church informed, and to offer Christians a positive alternative to the anti–Christian bigotry of the mainstream news media. Like David vs. Goliath, Rick Wiles is a citizen reporter who decided to take on the Big News Media. Starting with a $7,500 donation in May 1999 to launch the first radio program, Rick’s faith in God and steadfast determination has overseen the growth and development of TruNews into an internationally recognized source of credible news and information in a world where nothing seems to make sense anymore.

Rick’s professional career was in media marketing and advertising sales. Throughout his early years, God’s hand silently guided him to be in employed in the latest new media. While in his early 20’s, Rick’s first media job was with a new FM radio station in the days when AM was still king. In 1980, he blazed a path as a pioneer in local cable television advertising when CNN and ESPN were new start-up channels on cable TV. As a sales manager, he launched one of the first cable advertising interconnects in the nation. He was hired in 1984 by the Christian Broadcasting Network as the first National Cable Marketing Manager for the new CBN Cable Network which later became the Family Channel. In 1995, Paul F. Crouch hired Rick as the Marketing Director for Trinity Broadcasting Network where Rick repositioned the TBN brand inside the cable industry — and played an important role in negotiating the early contracts to launch TBN on DirectTV, DISH, and the former PrimeStar DBS systems. Rick resigned from TBN in September 1998 after receiving a dramatic call from God to full–time ministry.

Have questions? Please send an email to info@trunews.com.

We are here to pray for you. Whatever may be on your heart, no matter how big or small the burden, someone is waiting to stand with you in prayer. https://www.trunews.com/prayer 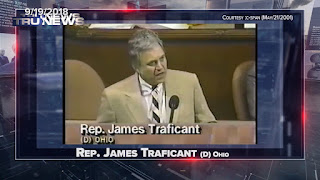