US ENVOY to SYRIA SEEKS NO FLY ZONE OVER THE ENTIRE SOVEREIGN NATION of SYRIA LIKE IRAQ in the 1990's - Seriously?


BEIRUT, LEBANON (3:45 P.M.) – The U.S. envoy to Syria, James Jeffrey, said at a press conference on Tuesday that Washington is seeking a no-fly-zone over Syria that resembles the one imposed on Iraq in the 1990’s. “Remember we were present not in northern Iraq but over northern Iraq in Operation Northern Watch for 13 years. That can be a UN force,” he said on Tuesday. 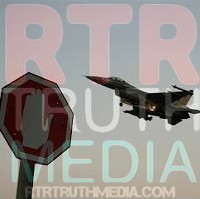 Jeffrey said that the U.S. came up with this idea during a “small group” meeting on Syria with Germany, France, Great Britain, Saudi Arabia, Jordan, and Egypt. The U.S. diplomat said that the no-fly-zone could be observed by a joint U.N. force. “That can be a UN force. Under 2254 there is language on a UN-managed and operated ceasefire. That can be partner forces. That can be other countries’ forces,” he said.

Jeffrey then turned his attention to Iran, who he said plays a factor in whether or not the U.S. will continue to be present in Syria. “When we say we’re going to be present not forever in Syria but present until our conditions – enduring defeat of ISIL, as was said earlier, the withdrawal of all Iranian-commanded forces from the entirety of Syria, and an irreversible political process,” he added. (Al Masdar News)

This is flat nuts… Marx Brothers in Duck Soup nuts. Hail Freedonia! Jeffrey, Bolton and others, both in the USG and in the Coalition countries, want to attempt to impose a no-fly-zone over the whole of Syria in order to force all Iranians out of Syria and to ensure regime change in Damascus. It would take an all out assault by the entire Coalition of the Clueless to even attempt to suppress the Russian-Syrian integrated air defense and REC network in place in Syria. That’s all out war.

In addition to this foolish idea, Jeffrey calls for “pulling the plug” on the Sochi and Astana talks. In an effort to one up Jeffrey, the former UK ambassador to Syria added this to the madness:

“The United States regards its presence in Syria as a strategic tool and will maintain it unless Iran withdraws its forces from the country, which is a highly unlikely scenario, former UK Ambassador to Syria Peter Ford told Sputnik. “The United States regards this territory as pawns in a chess game. It will not surrender any of these pawns except in return for, principally, withdrawal of Iranian forces from Syria,” Ford said.”

I’d like to see Ford stand in front of a formation of YPG/YPJ fighters and call them pawns in a chess game and strategic tools. He’ll end up buried in a shallow, unmarked grave… or left in the desert for the carrion crows.

How is this happening? Are the heads of state of the entire Western Coalition so distracted that the neocon rats feel free to run amuck? Perhaps. Macron is up his neck in yellow jackets. May has Brexit hanging over her head. Merkel has a crumbling government. And Trump has a host of alligators nipping at his ass. Somebody needs to set some neocon rat traps.

Trump is far too chummy with MbS and Netanyahu and has his own personal animosity toward Iran. This is probably allowing him to be swayed by Pompeo, Jeffrey and Bolton to acquiesce to this meshuggah Syrian policy. I may not like the man, but I sincerely wish somebody would step up and rescue him from the cabal of neocon Grima Wormtongues that surround him. He is our President. It would do all of us and Trump a world of good.

Email ThisBlogThis!Share to TwitterShare to FacebookShare to Pinterest
Labels: Israel, No Fly Zone, No More Wars for Israel, Syria, US Envoy to Syria