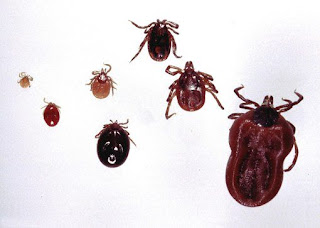 Photograph Source: Alan R Walker – CC BY-SA 3. “Pentagon May Have Released Weaponized Ticks That Helped Spread of Lyme Disease: Investigation Ordered” was the Newsweek headline last month. The article below it was about the U.S. House of Representatives having “quietly passed a bill requiring the Inspector General of the Department of Defense to conduct a review into whether the Pentagon experimented with ticks and other blood-sucking insects for use as biological weapons between 1950 and 1975.”

The article continued: “If the Inspector General finds that such experiments occurred, then, according to the bill, they must provide the House and Senate Armed Services committees with a report on the scope of the research and ‘whether any ticks or insects used in such experiments were released outside of any laboratory by accident or experimental design’…potentially leading to the spread of diseases such as Lyme.”
The measure was introduced by Representative Chris Smith, a New Jersey Republican, “who was ‘inspired’ by several books and articles claiming that the U.S. government had conducted research at facilities such as Fort Detrick, Maryland, and Plum Island, New York, for this purpose.”
One of the books, published earlier this year, was Bitten: The Secret History of Lyme Disease and Biological Weapons by Stanford University science writer Kris Newby. It includes interviews with Willy Burgdorfer who is credited with having discovered the pathogen that causes Lyme disease and earlier developed bio-weapons for the Department of Defense. Said Smith on the House floor: “Those interviews combined with access to Dr. Burdorfer’s lab files suggest that he and other bio-weapons specialists stuffed ticks with pathogens to cause severe disability, disease—even death—to potential enemies. With Lyme disease and other tick-borne diseases exploding in the United States…Americans have a right to know whether any of this is true.”
Whether Lyme disease resulted from activities on Plum Island, a mile-and-a-half off the North Fork of Long Island, New York and 10 miles from Old Lyme, Connecticut—where the first cases surfaced in 1975 and thus where the disease got its name—is an issue I’ve pursued since tick-borne Lyme disease became widespread on Long Island where I have long been based as a journalist. I’ve been writing articles and doing television programs about Plum Island for decades.

A 1982 book linking Plum Island and Lyme disease was The Belarus Secret: The Nazi Connection in America written by John Loftus, an attorney specializing in pursuing Nazis for the Office of Special Investigations of the U.S. Department of Justice. He tells of former “Nazi germ warfare scientists” brought to the U.S. after World War II who “experimented with poison ticks dropped from planes to spread rare diseases. I have received some information suggesting that the U.S. tested some of these poison ticks on the Plum Island artillery range during the early 1950s…Most of the germ warfare records have been shredded, but there is a top secret U.S. document confirming that ‘clandestine attacks on crops and animals’ took place at this time.”
Loftus points to “the hypothesis that the poison ticks are the source of the Lyme disease spirochete.” And adds: “Sooner or later the whole truth will come out, but probably not in my lifetime.” 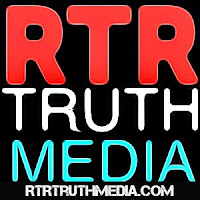 In 1995, with Lyme disease epidemic on Long Island, indeed in many areas of the U.S., a just-elected congressman from Long Island, Michael Forbes, conducted what he told me would be a “raid” on Plum Island. He would go to the Plum Island Animal Disease Center and demand information about tick weaponization there and a link to Lyme disease as related by Loftus. He took John McDonald, an investigative reporter at the Long Island newspaper Newsday, and me.

McDonald has also focused on Plum Island. In a November 21, 1993 article in Newsday, McDonald documented the biological warfare mission of Plum Island with records he obtained. The piece began: “A 1950s military plan to cripple the Soviet economy by killing horses, cattle and swine called for making biological warfare weapons out of exotic animal diseases at a Plum Island laboratory, now-declassified Army records reveal.” A facsimile of one of the records, dated 1951, covered the front page of that issue of Newsday.
The article went on: “Documents and interviews disclose for the first time what officials have denied for years: that the mysterious and closely guarded animal lab off the East End of Long Island was originally designed to conduct top-secret research into replicating dangerous viruses that could be used to destroy enemy livestock.”
When Representative Forbes on his “raid” on Fire Island confronted the center’s director, Dr. Harley Moon, in the presence of McDonald and me, under intensive questioning Moon took the position that “we don’t have any paperwork on that.”
Then in 2004 came another book, Lab 257, also by an attorney, Michael Carroll, formerly a law firm associate of the late New York State Governor Mario Cuomo. Using documents he found in the National Archives, he exposes a full story about Plum Island. He detailed how Erich Traub during World War II was the “lab chief of Insel Riems—a secret Nazi biological warfare laboratory” in the Baltic with a mission in World War II of poisoning cattle in the Soviet Union.


Eric Traub - Operation Paperclip - Lyme Disease - Plum Island - Excerpt From the Book the Nazi Hydra in Ame... by Tom Lacovara-Stewart RTR TruthMedia on Scribd
Traub and hundreds of other Nazi scientists among them Wernher von Braun were brought to the U.S. in the U.S. government’s “Project Paperclip” after the war. Traub was the “father” of the establishment of a bio-warfare center on Plum Island, says Lab 257, with the same mission Insel Riems had—going after Soviet livestock now with the Cold War having begun.
Lab 257 relates how “animal handlers and a scientist released ticks outdoors on the island. They called him the Nazi scientist…they were inoculating these ticks.” Carroll, too, points to the possibility of Lyme disease emerging from activities on Plum Island with ticks.
Before the war, Traub spent time in the U.S. “Ironically, Traub spent the prewar period of his scientific career on a fellowship at the Rockefeller Institute in Princeton, New Jersey, perfecting his skills in viruses and bacteria under the tutelage of American experts before returning to Nazi Germany on the eve of war,” writes Carroll. While in the U.S. in the 1930s, too, relates the book, Traub was a member of the Amerika-Deutscher Volksbund which was involved in pro-Nazi rallies held weekly in Yaphank on Long Island for Nazis from the New York Metropolitan Area.
Making use of scientific contacts he had made before the war, when Traub came back to the U.S. under Project Paperclip, Traub’s “detailed explanation of the secret operation on Insel Riems” given to officials at Fort Detrick in Maryland, the Army’s biological warfare headquarters, and to the CIA, “laid the groundwater for Fort Detrick’s offshore germ warfare animal disease lab on Plum Island,” says Lab257.
Lab 257 also tells of why in 1954 suddenly Plum Island was transferred from the Department of Defense to the Department of Agriculture: the Pentagon becoming concerned about having to feed millions of people in the Soviet Union if it destroyed their food animals. The Joint Chiefs of Staff “found that a war with the U.S.S.R. would best be fought with conventional and nuclear means, and biological warfare against humans not against food animals,” says Lab 257. “Destroying the food supply meant having to feed millions of starving Russians after winning a war”
Still, Lab 257 questions whether there ever was a clean break. Officials at the Plum Island Animal Disease Center have insisted over the years—including to me—that the center’s function after the Army ended its management has been to conduct research into foreign animal diseases not found in the U.S. especially foot-and-mouth disease—but “defensive” biological warfare research remains being done, they also say.

Largely because of security concerns involving Plum Island in the wake of the 9/11 attack—a 2003 a report by the Government Accountability Office cited the ease of terrorists to land on the island which sits amidst busy marine traffic lanes and close by the population center of the U.S.—New York City to the west, Boston to the north—the U.S. government moved to move Plum Island’s activities to a new federal laboratory to be built in Kansas. What is to be called the National Bio and Agro-defense Facility, a $1.25 billion project, is “expected to be operational by 2022-2023” on the campus of Kansas State University, according to the university’s website.

Citizens for Responsibility and Ethics in Washington (“CREW”) makes this request for records pursuant to the Freedom of Information Act (“FOIA”), 5 U.S.C. § 552, and General Services Administration (“GSA”) regulations. First, CREW requests copies of all records from November 9, 2016 to the present regarding the decision of GSA, announced in 2008, to sell Plum Island off the coast of Long Island, New York as well as the Orient Point Support Facility and related property and transportation assets. Second, CREW seeks all communications between any GSA official(s) and Donald J. Trump or any members or representatives of the Trump Organization including but not limited to his sons Donald Trump, Jr. and Eric Trump and his daughter Ivanka Trump and son-in-law Jared Kushner, regarding the sale of Plum Island.

Author of main body of article and  more articles by:      KARL GROSSMAN

Karl Grossman, professor of journalism at State University of New York/College at Old Westbury, and is the author of the book, The Wrong Stuff: The Space’s Program’s Nuclear Threat to Our Planet. Grossman is an associate of the media watch group Fairness and Accuracy in Reporting (FAIR). He is a contributor to Hopeless: Barack Obama and the Politics of Illusion.

More Lyme Disease Information Resources:
(Disclaimer: Some information comes from political left & political right. To us, this is irrelevant as the veracity of the information is far more important as people are suffering and dying with Lyme Disease. The truth is all that matters to us in this subject. )

When we share articles from other sites that our readers appreciate we ask that they go and check out those sites in respect for the sharing of information and appreciation for their work, especially when we cover something as personal as Lyme Disease. The founder of this site has had it since he was a young boy, and it nearly killed him. It affects him to this very day. So it is with deep appreciation that we share articles by authors who expose any information related to this debilitating condition.

Copyright Disclaimer Under Section 107 of the Copyright Act 1976, allowance is made for "fair use" for purposes such as criticism, comment, news reporting, teaching, scholarship, and research. Fair use is a use permitted by copyright statute that might otherwise be infringing. Non-profit, educational or personal use tips the balance in favor of fair use.
Posted by RTR TRUTH MEDIA on August 14, 2019