Well I said this would happen. As of 8/10/2019 it has been alleged that Jeffrey (Rot in Hell) Epstein took his own life. When I heard this I said "took his life where, to Tel Aviv? But anyway, this is how the report goes "officially", and you all know in this case what I think about "officially"...

A little over two weeks ago, Epstein was found on the floor of his cell with bruises on his neck , according to a person familiar with the matter who spoke on condition of anonymity. At the time, it was not clear whether the injuries were self-inflicted or from an assault.

The Bureau of Prisons confirmed that he had been housed in the jail’s Special Housing Unit, a heavily secured part of the facility that separates high-profile inmates from the general population. Until recently, the same unit had been home to the Mexican drug lord Joaquin “El Chapo” Guzman.


Cameron Lindsay, a former warden who ran three federal lockups, said “Unequivocally, he should have been on active suicide watch and therefore under direct and constant supervision" and that the death represents “an unfortunate and shocking failure, if proven to be a suicide.” Although to be perfectly honest, knowing the likelihood of his Honey Pot Operation, I find it far more likely that he is on a private jet to Tel Aviv or places unknown. Perhaps he is on his way to hang out with Osama Bin Laden.
Epstein’s arrest last month launched separate investigations into how authorities handled his case initially when similar charges were first brought against him in Florida more than a decade ago. U.S. Labor Secretary Alexander Acosta resigned last month after coming under fire for overseeing that deal when he was U.S. attorney in Miami.
On Friday, more than 2,000 pages of documents were released related to a since-settled lawsuit against Epstein’s ex-girlfriend by Virginia Giuffre, one of Epstein’s accusers. The records contain graphic allegations against Epstein, as well as the transcript of a 2016 deposition of Epstein in which he repeatedly refused to answer questions to avoid incriminating himself.
Sigrid McCawley, Giuffre’s attorney, said Epstein’s suicide less than 24 hours after the documents were unsealed “is no coincidence.” McCawley urged authorities to continue their investigation, focusing on Epstein associates who she said “participated and facilitated Epstein’s horrifying sex trafficking scheme.”
The FBI and the Office of the Inspector General at the Department of Justice will investigate his death.
In other words, it is the very place to put a high-profile and potentially suicidal defendant such as Epstein.
If any prisoner in the federal system should have been a candidate for suspicion of suicide, it was the high-profile and disgraced Epstein. All administrative and structural measures should have been in place to ensure it could not happen. And yet it apparently did.
First, consider the MCC itself. It is a high-rise, forbidding administrative detention facility in the south of Manhattan. Its population consists almost entirely of prisoners, like Epstein, awaiting trial in federal court in Manhattan. It has been referred to as the “Guantanamo of New York” for its stringent security measures. It is the facility of choice for notorious federal defendants, often in special administrative segregation units, having previously housed John Gotti, Bernard Madoff, Omar Abdel Rahman and, and as i already mentioned - recently, Joaquín “El Chapo” Guzmán.
Second, consider the BOP’s suicide prevention protocol. Epstein was found last month unconscious in his MCC cell with marks on his neck. If he was not on suicide watch, it would be astonishing. Yet if he were on suicide watch, his death would be virtually inconceivable.
The BOP’s suicide prevention protocol entails, first and foremost, human eyes on the prisoner 24 hours a day. It also requires a strict deprivation of anything — shoelaces, sheets, pillowcases — that could possibly be used to hang oneself. It also requires disabling anything that could be used to tie a noose — vents, sprinkler heads, etc.
Finally, we are not talking about inexperienced yokels. BOP personnel, especially at MCC, are the best professionals in the corrections industry, and they receive special training in administrating suicide prevention. Who better to guard against such a horrific development?
At this point, questions abound, and BOP has to address them promptly.
The first: Was Epstein on suicide watch, and if not, why not? Among the reports cascading out in the few hours since Epstein’s body was ALLEGEDLY found areanonymous statements that Epstein had been on suicide watch but was taken off it. If so, the decision to remove him appears to have been a colossal error that must be thoroughly probed.
The second: How exactly did Epstein manage to ALLEGEDLY kill himself, and why exactly was it that he had access to the tools?
Third, is there a video of Epstein’s cell at the crucial time? There should be, and it will reveal exactly how and when they ALLEGEDLY say that Epstein killed himself.

WHAT HAPPENS NOW FOR HIS ACCUSERS?
Several of Epstein’s accusers said Saturday that they’re disappointed that the financier won’t have to face them in court or serve a long prison sentence if convicted. They called on federal authorities to investigate associates of Epstein for any role in his activities. 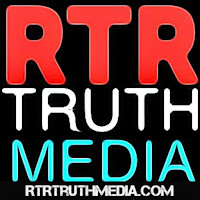 Sigrid McCawley, an attorney representing one accuser, said in a statement that “the reckoning of accountability begun by the voices of brave and truthful victims should not end” with Epstein’s death.
Another accuser, Jennifer Araoz, who came forward after the new charges were filed, said she was angered by Epstein’s suicide. Araoz alleged that Epstein raped her in his New York mansion in the early 2000s when she was 15.
“We have to live with the scars of his actions for the rest of our lives, while he will never face the consequences of the crimes he committed the pain and trauma he caused so many people,” she said.


Copyright Disclaimer Under Section 107 of the Copyright Act 1976, allowance is made for "fair use" for purposes such as criticism, comment, news reporting, teaching, scholarship, and research. Fair use is a use permitted by copyright statute that might otherwise be infringing. Non-profit, educational or personal use tips the balance in favor of fair use.
Posted by RTR Truth Media Staff on August 10, 2019