Jamal #Khashoggi entered the Saudi consulate in Turkey but never came out. At least not alive - or in one piece... according to Turkish officials who say they have audio and video evidence that a 15 member Saudi assassination team killed the Saudi journalist.

This video does NOT contain actual excerpts from the recording. This is a general discussion of a news story which is being covered by most mainstream media outlets. There are no graphic images or details in this video that would make it unsuitable for a general viewing audience. Don't even THINK of giving this video a community standard strike. 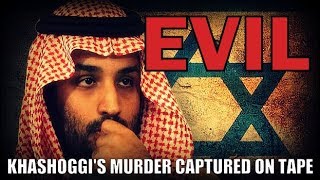