I have such mixed emotions over this. The liberal insanity and onslaught had me far more in the Kavanaugh camp than not. But passed 4th Amendment violating decisions and his involvement with Bush and the Patriot Act had me torn. I saw this for what it was. Political theater. But here we are. I am taking some amusement with the reactions of these far leftists I have to admit.


Senators confirmed Judge Brett Kavanaugh to the Supreme Court Saturday in a vote lacking in drama but freighted with meaning, bringing to a close the nastiest confirmation battle in decades. After what we believe at RTR to be the reality tv style destruction of any decorum even for political processes, false allegations by unrepeatable sources were leveled at the Judge.

Republicans linked arms, lead the chamber to a 50-48 vote, and then prepared to face the political maelstrom spawned from the fight. As we predicted would happen.

All but one Democrat voted against confirmation, and every Republican on the floor voted in favor, save Sen. Lisa Murkowski, who voted “present.” One other Republican missed the vote to attend his daughter’s wedding.

The partisan divide in the Senate mirrored that outside the Capitol, where hundreds of angry liberal protesters rallied, chanting “Shame!” and threatening political payback for those who’d backed the judge. But a phony #MeToo sex scandal was far more important to these ideologues rather than trying to stand against the decisions Kavanaugh has made in glaring departure of Constitutional values such as the 4th Amendment. Nope.... it's all about sex sex sex and Russia Russia Russia (ironically) with these Communist fascists.

Beyond the Beltway, though, polls show Republican voters increasingly motivated to turn out to vote this year, eager to defend Judge Kavanaugh and send a message that the anti-Trump resistance has gone too far. I can only hope that these same Republicans realize that NeoConservatism was founded by Trotskyites from the left and they believe in Big Government redistribution of wealth for their purposes just as much as the left. I can only hope that they hold their representatives feet to the fire and start acting like actual conservatives again... but I won't hold my breath. 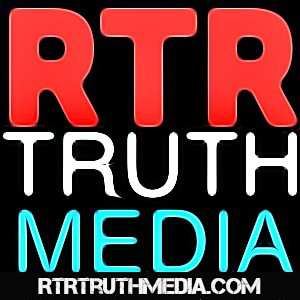