RTR Truth Media - President Trump told reporters on Thursday that restricting U.S. domestic travel is a possibility if the coronavirus becomes “too hot.” According to The New York Times, the president said limiting travel within the country to states like Washington and California—which have been hit hard by the virus—has not been discussed. “Is it a possibility? Yes, if somebody gets a little bit out of control, if an area gets too hot,” he said, adding that a one-mile containment zone in the New York suburb of New Rochelle was “good.” Trump also said he would be canceling several upcoming political events due to the pandemic. There have been at least 38 deaths in the U.S. so far due to the outbreak, and over 4,000 have died worldwide.

38 deaths ... is that all it takes for the American people to accept martial law by a gangster swamp infested government? 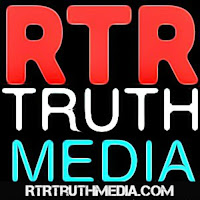 Copyright Disclaimer Under Section 107 of the Copyright Act 1976, allowance is made for "fair use" for purposes such as criticism, comment, news reporting, teaching, scholarship, and research. Fair use is a use permitted by copyright statute that might otherwise be infringing. Non-profit, educational or personal use tips the balance in favor of fair use.
Posted by RTR Truth Media Staff on March 12, 2020