Original video below was censored and my main channel terminated. Why is it that those who tell the truth have this happen? Because the truth has become treason in the Empire of lies!

2 days after this was filmed, Robert "LaVoy" Finicum was assassinated by agents of the Federal Government and Oregon State police while he was traveling to go and peacefully meet with Sheriff Glen Palmer and concerned residents of Grant County Oregon.


RTR TRUTH MEDIA - INVESTIGATIVE REPORTING ON THE GROUND IN BURNS

The discovery of Native American artifacts and cultural heritage have been discovered and the story broken right here by RTR. I went to Burns, in part, with the intention of getting to the bottom of the allegations of the Native American Artifacts that were allegedly being held and desecrated by the on site protesters. This allegation of a very serious nature has been taken by the leadership of a few Native American councils. The problem with this is that I, as well as Ammon have reached out tot he Paiutes regarding this matter and invited them to come and see for themselves and if concerned they could freely take their cultural heritage BACK and secure it.

One of the discoveries made by me was a box with many artifacts, projectile points, game skinners, etc, that not only had been down there for 30 years....but which had rodent nests and feces all over it....this was an assault upon the senses it made me so angry.. We will be releasing a further in detail comprehensive expose on the paid off by Federal Authorities style leadership that is using the relics of their culture as a scapegoat to smear them as Sheriff Burns had asked of the neighboring Sheriff......to "shame them and ridicule them out". He said NO by the way. Good man.

The incident at Burns here is one of honor. While many may take issue with how it was planned or implemented....the fact of the matter is that the entire country is awakening as to what you do about this rising tyrannical jurisdiction nightmare. 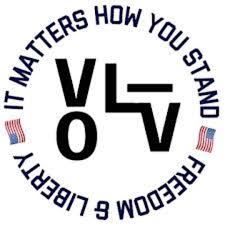