CORPORATION - THE TOOL of the BEAST SYTSEM - EXPOSED by ROTHSCHILD AGENT

Thomas Lacovara-Stewart - ResurrectTheRepublic Radio
It is no secret that "We The People", as most Americans beLIEve, is intended to mean them. In as much, they are correct in spirit and essence, but not in law. What do I mean? With what you will read below, in combination with what I am about to tell you should cause you great concern. As we see events in Oregon unfolding, many Oregonians have awakened to the truth of the true intent, and use of the Federal Government that has long ago been usurped by international criminal banking cartels. They are one and another complicit in the enslavement of the American people by means of legal  trickery. The 14th Amendment is a food example of the trick. Make people beLIEve a piece of legislation or Amendment is for one purpose, while altering the definitions of the words used in said legislation to completely alter the meaning of its true intent. 2 years prior to the coerced forcing and illegal process that brought the 14th into existence, Congress changed the definitions of 2 words. CITIZEN and PERSON, to include the meaning CORPORATION, and from that point, to Christians, you might as well assume the number of the BEAST, at least of BEAST INC. You were converted to chattel by them tricking you to beLIEve you are just being a food and compliant CITIZEN. That word, after you read the following, should never have you see it and avoid using the term ever again. You, are a flesh and blood being, with a soul, not able is your soul to be stolen, unless you comply, and take the number, and give them your consent to be used in such a way. I no longer comply. Will you join me?
Special thanks to writer / film maker Paul Verge 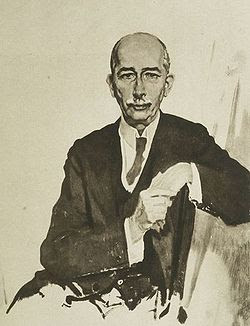 A quote, famously attributed to Rothschild agent Col. Edward House, but rarely understood except by "one man in a million" envisages people as collateral on the national debt:
"[Very] soon, every American will be required to register their biological property in a National system designed to keep track of the people and that will operate under the ancient system of pledging.
By such methodology, we can compel people to submit to our agenda, which will affect our security as a chargeback for our fiat paper currency.  Every American will be forced to register or suffer not being able to work and earn a living.
They will be our chattel, and we will hold the security interest over them forever, by operation of the law merchant under the scheme of secured transactions.  Americans, by unknowingly or unwittingly delivering the bills of lading to us will be rendered bankrupt and insolvent, forever to remain economic slaves through taxation, secured by their pledges.
They will be stripped of their rights and given a commercial value designed to make us a profit and they will be none the wiser, for not one man in a million could ever figure our plans and, if by accident one or two would figure it out, we have in our arsenal plausible deniability.
After all, this is the only logical way to fund government, by floating liens and debt to the registrants in the form of benefits and privileges.  This will inevitably reap to us huge profits beyond our wildest expectations and leave every American a contributor or to this fraud which we will call "Social Insurance."
Without realizing it, every American will insure us for any loss we may incur and in this manner; every American will unknowingly be our servant, however begrudgingly.  The people will become helpless and without any hope for their redemption and, we will employ the high office of the President of our dummy corporation to foment this plot against America."
If you can decipher what this means, you will truly understand a massive piece of the Global Agenda.
Essentially, House's quote illuminates the multiple "need" for imposing Legal Person's status upon us by the Satanic (Ego Worshipping) Elite.
The 'Strawman', also known as the Legal Person or Natural Person is the idea that a Fictitious Legal Entity, called a PERSON, exists for purposes of Law and Commerce.
This PERSON is similar to a Company or Corporation in that it exists as a construct of the imagination - it has no real body, and no soul to save, but for legal purposes, carries similar rights and attributes to that of a Human Man or Woman.
These rights include Ownership of Property, Lobbying the Government, Voting, and other activities related to money.  The PERSON allows us to function with Limited Liability (read: Less Responsibility)
http://en.wikipedia.org/wiki/Corporate_personhood

Our primary Legal Person, or "ID Card" consists of Birth Date, Eye color, Hair colour, Height, Weight, and now Fingerprints and Retina-scans, as if that's all we are.  Nowhere on an ID Card are your Soul, or your Personality, or your Hopes, Dreams or Capacity to Love ever mentioned...
The emotional insecurities we have about our Bodies are magnified & exploited through constant propaganda and advertising, while our media hammers away at our psyche, "reminding" us that we are only Bodies, that bodies can only be sexy or ugly, and that Bodies and their Parts must be regarded as Possessions or Objects to be Owned.
In addition, by Registering (signing over to the state) your Biological Property (your body and the bodies of your children), creating a Birth Certificate (a Financial Security Instrument representing proof of parental consent in signing over the child) you are thus Consenting to the State's Ownership of You and Your Children.
The State then creates a child's very first Legal PERSON, with the parental signing of the Birth Certificate, which is given a "commercial value".  If you have an older-style Birth Certificate, look on the Reverse side of it, to see 3 points of interest.
1) A 6-10 digit Number that you have never used in your life.
2) The words "Revenue Receipt" on the left side of this number.
3) The words "For Treasury Purposes Only" on the right side of the number.
Incidentally, before the 1900's, people USED to write the evidence of a birth in their Family Bible.
This first Legal Person attached to you, is known as a "NATIONAL CITIZEN" which later becomes synonymous with being a "Government Employee", when you SUBMIT (give in) an APPLICATION (to beg) for REGISTRATION (to sign over your rights) to become a SINner (by signing up for the Fraud called Social Insurance or Social Security).
You then receive your Employee ID # (also known as a SIN #) which creates another Person called a "TAXPAYER".  This means you consent to the Income Tax Act, and now makes you liable for the Income Tax, in exchange for the "Benefits" of being a Government Employee.
The Strawman/Legal Person is thus the Evidence of your Signature (an oath) and Consent to Obey a set of Acts or Statutes, usually located on paper contract, or in a card form with your signature.
For example.  You sign for a "Drivers License" to create a Legal Person called a "DRIVER", and have consented to follow the Traffic Safety/Motor Vehicle Acts of your state or province.
You sign up for a "Bank Account" to create a Legal Person called an "ACCOUNT HOLDER", usually providing your SIN # as part of your "Identification" which consents to allowing access to your bank account by court order to pay your Income Taxes by force!
You sign up for "Voter Registration" to create Legal Person called a "VOTER", which gets to vote for new Employee's and Presidents/Prime Ministers for the Corporation your PERSON resides in, and thus consent to the actions of your representative and their party, even if it means going to war against an innocent foreign country, or proroguing their own Parliament illegally!
There are literally dozens, if not hundreds of different PERSONS you can be holding, but none of them are YOU.
PERSONS must RESIDE within another Legal Entity, they cannot "Live" anywhere - that is why you are asked if you are a Resident of CANADA or the UNITED STATES.  Authorities are not asking you, the Living Man or Woman if you Live in the Country, the are asking if your Legal Person RESIDES (has the right to do business/work) within their Corporation.
We have to know what words mean when people claiming authority try to use Legal words to control us.  Legal dictionaries are different than regular dictionaries, because Legal words carry Weight in Law, and are often defined completely differently within various Acts, Statutes and Legal dictionaries.  It is literally another language, which is why they call it Legalese.

SOLUTIONS
Only by realizing and discerning WHO we really are : Powerful spiritual beings with unlimited creative potential created by God, can we break the first invisible chain keeping us from freedom.
"You can declare your Rights and stand upon them as a Sovereign Man or Woman by filing "Notices of Understanding and Intent" and "Claims of Right", example of both available on the Web.  You must tailor your own Notices and Claims to your own situation. It is not a simple cookie-cutter process.
Standing upon your Sovereignty in court and winning is FACTUAL, but you must not fall for their NAME GAME, where they try to get you to accept your LEGAL NAME, which puts you in their jurisdiction.  Doing that, in the eyes of the court, turns you from a Living Human with Human Rights, into a Soulless Corporate Entity with No Rights whatsoever.
The best solution to win against the crooked and corrupt courts is to never go to court and play their fixed game at all.  If someone tries to use a Court Order against you, make sure it is SIGNED by a JUDGE or it is INVALID.  Most Court Order's aren't actually signed, and officials use unsigned Court Order's as a confidence trick to gain your consent!
There is no silver bullet.  There is no lazy way to learn about your rights.  You must Research and do your homework to REALLY learn what you are doing.  Ignorantly walking into court is like playing carelessly with a loaded handgun."
You are not a PERSON.  You are a Living Soul of Flesh and Blood.  A PERSON has Privileges that can be Revoked while a Living Human has Rights that are Inalienable!
Knowing THAT, is the first step to stopping the War Against Consciousness.
------
Paul Verge has written and performed for http://ThinkFree.ca, http://TragedyAndHope.com, and http://PeaceRevolution.org while labouring as a Filmmaker in Vancouver, Canada.  His company, Divergentfilms has produced Paul's documentary films, "Hijacking Humanity", and the brand new "Believers Beware", which both feature Henry Makow, Ph.D.
- See more at: http://henrymakow.com/the_ficticious_legal_entity_ca.html#sthash.MXxytBfL.ve7MmQmc.dpuf
Posted by RTR TRUTH MEDIA on January 11, 2016