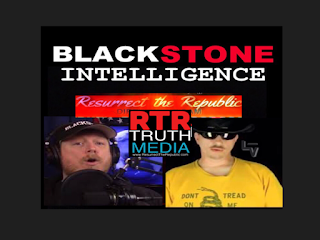 In this presentation, you will be introduced to the major players in the NXIVM sex cult operated by Keith Raniere, A.K.A. "Vanguard", Allison Mack, Nancy Salzman and the Bronfman sisters.

As President Trump’s daughter and son-in-law were celebrating the US embassy’s move from Tel Aviv to Jerusalem, dozens of Palestinian protesters were being shot dead in Gaza protesting the move. Supporters of the embassy move say it will bring a new era of peace to the longstanding conflict between Israel and Palestine, but it’s hard to see their rosy predictions coming to pass. In fact, yesterday’s violence seems to be a classic case of blowback from a wrong-headed US foreign policy move.
CLIP THREE - https://youtu.be/ZVbiGACJdGg

Christian ministry taking a stand against hatemongers The Southern Poverty Law Center (SPLC), one of the legal arms of the cultural Marxist gangsters running rough - shod over this once-great nation’s traditions and institutions, is being called on the carpet. No, not by any governmental agency or regulatory body, but by a conservative, Christian ministry, which is demanding answers as to why the SPLC believes it has the right to classify the Christian charity as a “hate group.”

WARNING the following link is a PROGRESSIVE SOURCE
http://www.losangelesblade.com/2018/04/22/family-research-council-whines-fundraises-off-subpoenas-trans-servicemembers-lawsuit/

Amazon Smile Program states from its site:
Amazon Smile is a website operated by Amazon with the same products, prices, and shopping features as Amazon.com. The difference is that when you shop on Amazon Smile, the #AmazonSmile Foundation will donate 0.5% of the purchase price of eligible products to the charitable organization of your choice. - so it would appear as an open commercial state and federal gvt. lic. entity, discrimination based on political or religious ideology would not be allowed......