As I write this I found myself politically targeted at least in part by a property owner and his minions from California. The owner, Gary Paris of Montocido California who has properties in Arizona he apparently inherited allowed the property I was on to run down to decrepit. Long story short, we were to receive value in paid rent ahead for our work and once my part was essentially completed and after going without an AC Unit and coupled with the owners refusal to give me his legal address to formerly complain saw me evicted on lies so bad my neighbor winced at the 15th lie in his case. One major glaring tell tale sign of a political ideologue who in good “cancel culture” form, used my involvement with the Bundys in his eviction case. The only problem is he failed to mention how my involvement was remotely relevant to my always paying my way and working beyond what he compensated me for.   In explaining to the Sheriff involved in investigating several things somewhat related I found it necessary to fill him in on why his entering that information into my eviction was not only a violation of my civil rights but it made the lies about the rest understandable. I decided to republish this article so we have it for posterity’s sake.
By ANY MEANS NECESSARY is the motto of the far left. And apparently it is one of Mr. Paris as well
This article originally appeared in
redoubt news. My article was ina video presentation which was deleted with my entire channel with all of the journalistic work I had done over the years. It was an act of economic and career terrorism by Google / YouTube. Please check out Redoubt - qespecially Shari. She is an awesome reporter.
Dec 15 2017 original print date

Wooten was the lead investigator for the Bureau of Land Management’s investigation into the Bunkerville/Gold Butte operation that went bad for them in April of 2014.

The letter outlines egregious violations and abuses committed by the Bureau of Land Management employees, lead by SAC Dan Love.

These heinous acts were discovered when Wooten was assigned to investigate the Bunkerville Standoff/Gold Butte operation that took place in April 2014.

Wooten was the lead investigator for nearly 3 years, digging into a multitude of issues. He states in the letter:

…the investigation revealed a widespread pattern of bad judgment, lack of discipline, incredible bias, unprofessionalism and misconduct, as well as likely policy, ethical, and legal violations among senior and supervisory staff at the BLM’s Office of Law Enforcement and Security.

He outlined specifics, such as very derogatory name calling, when he described the unprofessional behavior. Additionally, Wooten states that this behavior was committed “often by law enforcement supervisors who are potential witnesses and investigative team supervisors”.

Agent Wooten outlines in detail how Special Agent in Charge (SAC) Dan Love was known for his bad behavior and allowed to get away with it, as he was “the BLM OLES “Directors boy” and they indicated they were going to hide and protect him.”

But, the information that this courageous whistle blower reveals only gets worse from here.

Wooten goes on to outline that SAC Dan Love had what was called a “Kill Book as a trophy and in essence bragged about getting three individuals in Utah to commit suicide (see Operation CerberusAction out of Blanding, Utah and the death of Dr. Redd).”

The report also describes what appears to be additional people on the BLM hit list, this time, however, Wooten’s own supervisor was an accessory.

My supervisor even took photographs in the secure command post area of the Las Vegas FBI Headquarters and even after he was told that no photographs were allowed, he recklessly emailed out photographs of the “Arrest Tracking Wall” in which Eric Parkerand Cliven Bundy had “X’s” through their face and body (indicating prejudice and bias).

The report that Representative Shea shared has multiple pages and is presented here for you to read for yourself.

Some people might claim this is a disgruntled employee, and I would say they are probably not wrong. However, there are too many specifics included, and too many verifiable facts, to disregard the report. Any person that uncovered these abuses, and was fired for trying to report them, has every right to be disgruntled.

Wooten explains that in “February of 2017, it became clear to me that keeping quite became an unofficial condition of my future employment with the BLM, future awards, promotions, and a good future job reference.”

This report names several BLM agents and employees, but then it goes even further. The US Attorney’s office is also implicated in the cover-up:

When I asked [AUSA (First Assistant and Lead Prosecutor) Steven] Myhre if the former BLM SAC’s statements like “Go out there and kick Cliven Bundy in the mouth (or teeth) and take his cattle” and “I need you to get the troops fired up to go get those cows and not take any crap from anyone” would be exculpatory or if we would have to inform the defense counsel, he said something like “we do now,” or “it is now.”

Wooten took great risk upon himself to report the flagrant and vicious acts committed by these government representatives and the Acting US Attorney, Steven Myhre, had him fired from the investigation.

On February 18, 2017, I was removed from my position as the Case Agent Lead Investigator for the Cliven Bundy/Gold Butte Nevada Case

My supervisor told me that AUSA Steven Myhre “furiously demanded” that I be removed from the case and mentioned something about us (the BLM, specifically my supervisor) not turning over (or disclosing) discovery related material

We have previously reported on the blatant Brady violations the prosecution continues to commit. They have withheld evidence that would have easily exonerated these 19 men. The prosecution knew the Bundy family was not threat, as they have already referred to the “Threat Assessment Report” previously completed. These men should never have been incarcerated at all, let alone kept for nearly 2 years.

The list of exculpatory evidence that has been kept from the defense continues to grow. 2 men, Todd Engel and Greg Burleson, were convicted based on this false information. Will truth win out and their convictions get overturned? If the people are to have any chance of regaining trust in our judicial system, this is what should happen.

What about the men that were pressured to accept plea agreements? If those agreements were based on false evidence the prosecution claimed to have had, or if they did not disclose the true facts of the case, will these men have any recourse to have their pleas overturned? 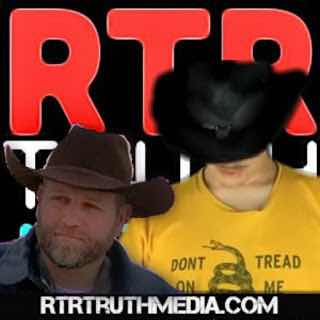 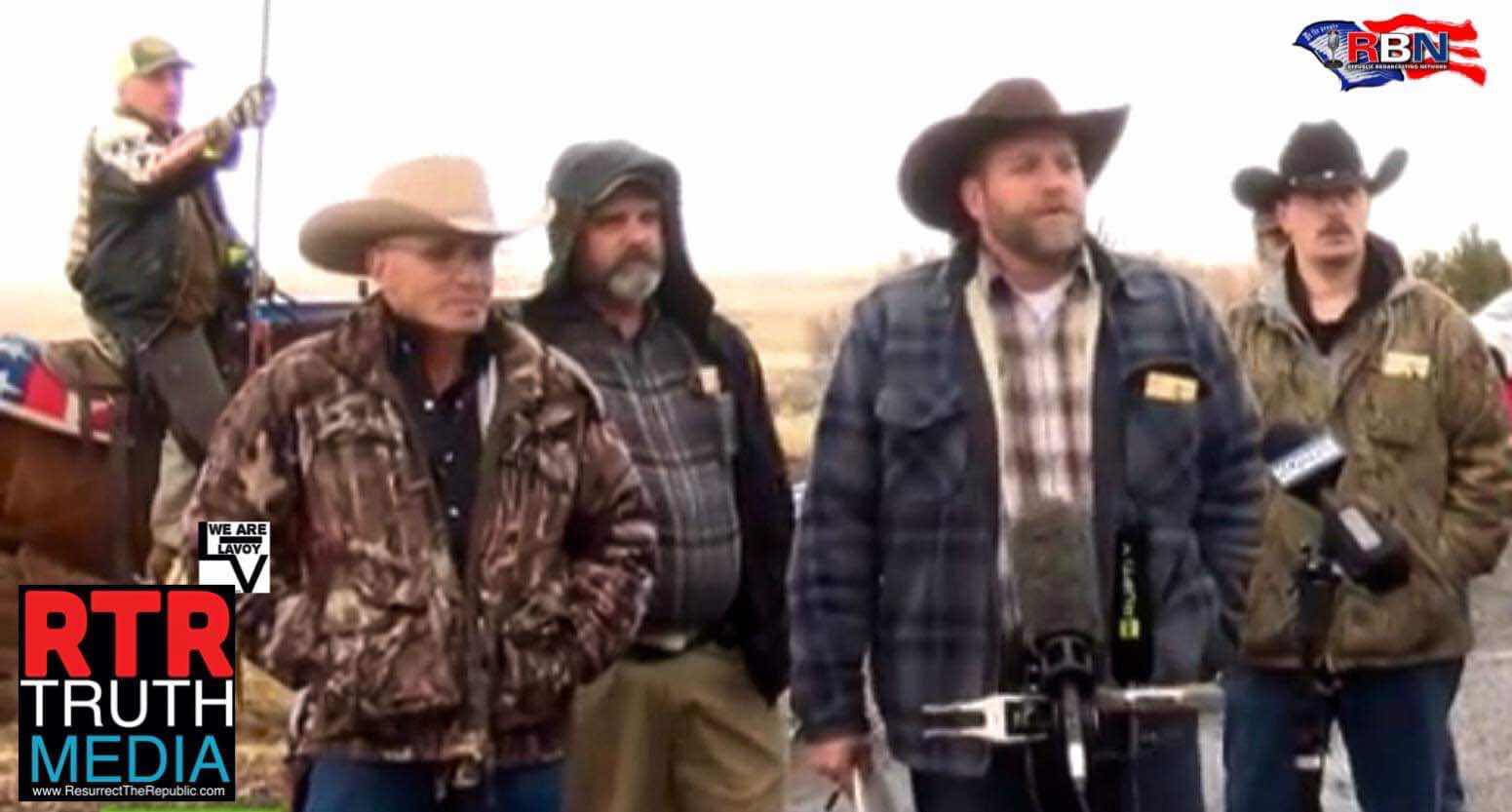 From left to right - Duane Ehmer, LaVoy Finicum, EJ Parker, Ammon Bundy, and Tom Lacovara-Stewart on location at the Malheur National Wildlife Refuge Federal land theft site renamed “The Harney County Resource Center”. According to Article 1 Section 8 Clause 17, the Federal Govt. is restricted from acquiring acreage like that in the states once they become states.

It is now in the hands of Judge Gloria Navarro. She has spent months catering to the prosecution. She has proven to be no friend of the defense.

However, was she misled in this case, as well? Have her eyes been opened to the truth of the scandalous behavior of the prosecution and their witnesses?

If she wants to make this right, and see justice is served, she needs to resolve these issues immediately. She needs to dismiss this case, unseal the entire case and evidence, and hold Steven Myhre and company accountable for their actions

We thank Rep. Matt Shea for his courage in reporting this corruption. We need more elected officials to speak up on behalf of their constituents.

And we thank Larry Wooten for his bravery in shedding light on this outrage. Interior Secretary Ryan Zinke needs to step up and address his situation, as well.