Sergeant Donna Reno with the Chandler Police Department who is a veteran officer and who is supposed to fully know the laws that she enforces took to extreme force and tackled a non-violent Christian woman who was evangelizing with the Faithful Word Baptist Church in Tempe Arizona.


Pastor Steven Anderson of the Faithful Word Baptist Church joins Tom Lacovara-Stewart of RTR Truth media - Resurrect the Republic to expose an event of malicious and unlawful abuse by a female cop who assaulted one of his soul winners from his congregation. We cover many more topics as well.

Like on many many other occasions they arrived at an apartment complex and followed the law. They did not bother anyone who did not want to talk with them, but an angry tenant believed he had the right to tell them that they were not allowed to speak to other tenants in the complex. The manager, contrary to Supreme Court rulings on the matter also thought the same thing. When the police were called like good Bolshevik social change agents they too even when shown the law chose to thumb their nose at the Supreme Court of the United States and assault and accost, even charge all of those who were from the church.


The female officer who arrested them was Sergeant Donna Reno with the Chandler Police Department (480) 782-4130.

File a complaint online demanding that the charges be dropped against the soul-winners who were arrested:
http://www.chandlerpd.com/complaint/ 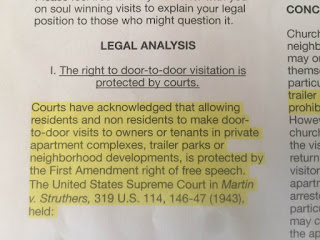