No better way to share where the main channel I will now be using is located than to share this video once again.

So, it's a wrap folks, I am officially finished with YouTube. This video and a few others have seen my main channel with millions of views and thousands of subscribers terminated, and now I am unable to even sign in to my backup channel that they were heavily suppressing according to a few people who came to let me know that even though they were subscribed they could not see any of them.

So as much of a royal pain it is to have to use another platform, Bitchute looks like a main stay, so I picked this video to share with you so you can check out the new channel as it is the single most important story to me right now regarding the political targeting of Americans.

So why am I, just a small fish in a big pond on YouTube, so dangerous? I do not go after anyone personally. I do not make threats. I do not engage in anything that would cause a "real" community guidelines violation. YouTube just admitted to me that the video that had my main channel terminated was an interview I did about a Pennsylvania Constable who questioned the official narrative of the Boston Bombing. Even though I have never advocated violence, and merely traveled to Pennsylvania to interview this decorated war veteran and constable, it was my channel that was terminated because I covered his account. It is news. There is an idiot who claims to b e a cat.... he is obviously not a cat. Should a channel be terminated for reporting that he is saying he is a cat. Well the Boston Bombing is far more complicated and many undeniable strange things occurred. So there we have it The Southern Poverty Law Center is obviously using their "hate list" which I have made it on to simply silence those who aren't far left Communists. 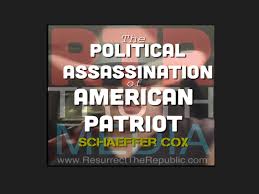 A lie can travel half way around the world while the truth is putting on its shoes.


Half a truth is often a great lie.

In a time of universal deceit - telling the truth is a revolutionary act.