The term Sovereign Citizen is a contrived term utilized to...


Some refer to themselves as "Sovereign Citizens. Unfortunately for most of them this is due to the fact that they have only discovered and believe they have all the answers to the fraud that was committed when the 14th Amendment was forced after 11 States delegates were forced out of the ratification process of the 14th Amendment at gunpoint.  The term say the law enforcement memorandums, do not believe that the law applies to them. This is not only dangerous to misinform people with, but the argument that many Constitutional Historians are arguing is NOT that the law does not apply to them, merely laws derived from these many UnConstitutional usurpations and it is our Founders who said that any UnConstitutional law is null. This suggests that they were very well aware that there would be laws passed in the future that would be against the Constitution.

In fact, they all but told us that this is exactly what would happen if we allowed certain things to happen such as this warning..... 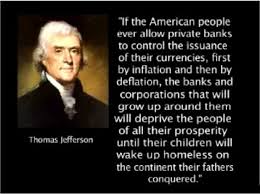 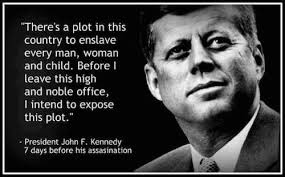 ....and that got J.F.K. killed. The truth about the Birth Certificate, a debt instrument, that pledged us as biological property of the Federal Reserve and the creation of the Federal Reserve Act unlawfully by the International bankers themselves which below, you will find G.Edward Griffitn explain it in detail. We must learn to listen from those who know..... 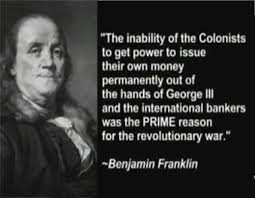 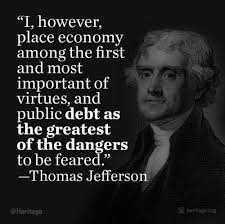 The Reconstruction was then alleged to bring the 11 former rebel states back into compliance. Historically speaking that may sell now, but then, it was 2 years after they had already convened replaced lawful governments according to the President. But a rogue Secretary of State denied to many of the NON SOUTHERN STATES their due suffrage. This was confirmed by our research which contradicts the official record. The record is clear. The International bankers as they would do again in the future, cleverly created the 14th. 2 years prior Congress altered or changed the definitions of 2 words. PERSON and CITIZEN to be redefined to also include CORPORATION......hence CORPORATE PERSONHOOD was CREATED. Most liberals really have no idea that it was created then because they drool over the Administrative State the 14th created UnConstitutionally. It created a Communist style Citizenship. It took the future 10 mile square, again, before the fact which is backwards as to keep the public from being the wiser. But some legislators got it. One such state....mine of NJ, and another just of the top was OREGON. The 14th Amendment jurisdiction is what every alphabet soup agency uses. As I said, it took the 10 Mile square and placed it everywhere, or more accurately it took every US CITIZEN by their own consent as they are made US CITIZENS at birth when your parents consent to contract for you which is another fraud, via the Birth Certificate, when a legal fiction or corporate fiction is made in your name at that time. Colonel Mandell House and Woodrow Wilson were the leaders of this effort, a fact that made Woodrow Wilson very sad toward the end of his life as he expressed. From this, it paved the way for the future Federal Reserve Act, the Bankruptcy in 1933 that the so called Sovereign Citizen Document circulated by Fusion Centers states that Sovereign Citizens "BELIEVE" that the US went bankrupt......do they even know our own history to make one of the historical facts as a warning that you might be dealing with a SC? Also the report states that most Sovereign Citizens are absolutely non violent. As with every other group there are always idiots in the crowd, so why does a primarily peaceful group of people who know the truth about our history need to be included as the number 1 threat ? TRUTH thats why. they saw the banks collapse of the Fiat currency..... they know and have known the truth is rising, and this in my opinion is their attempt to get ahead of it Critical Theory style. Anyone .....anytime, who wants to challenge our FACTS......I openly will debate them on the air without cutting them off and with giving them a chance to send me whatever documentation they have that is of the period and not just regurgitated government approved yext books......I mean PERIOD DOCUMENTS .....I can prove this fraud through and through. It is a peaceful and easy remedy. They do not have to vacate....all they need to do is assume their Constitutional duty, and once and for all tell the truth I will NOT hold my breath. And I have tried the ballot box, which is another trap if you sign anything admitting to US 14th AMendment Commu/Fascist Citizenship. Your nation is your state. Our founders called France a state, Germany a state.....so when you think of your STATE and you do not think NATION....you have been indoctrinated by a Communist mindset and did not even know it. Time for truth America. We are all Americans....but there is NO COUNTRY called the United States. There is a Union, a Corporation....and even a nation by definition, but your sovereign country is again....your independent SOVEREIGN STATE Your citizenship is of your state Constitutionally. Even some of the framers who knew this agenda referred to the United States as a Country. But none of the Anti~Federalists did. They knew what time it was and they as I do today, as Patrick Henry stated.... "I smell a rat".

OUR RESEARCH and EVIDENCE on the 14th Amendment

http://www.resurrecttherepublic.com/the-alabama-senate-journal-declaring-the-14th-amendment-unconstitutional/
History of the Creation of the Federal Reserve that so called Sovereign Citizens "BELIEVE".

The portion of the earth's surface occupied by an independent nation or people; or the inhabitants of such territory. In its primary meaning "country" signifies "place;" and. in a larger sense, the territory or dominions occupied by a community ; or even waste and unpeopled sections or regions of the earth. But its metaphorical meaning is no less definite and well understood; and in common parlance, in historical and geographical writings, in diplomacy, legislation, treaties, and international codes, the word is employed to denote the population, the nation, the state, or the government, having possession and dominion over a territory. Stairs v. Peaslee. 18 How. 521, 15 L. Ed. 474; U. S. v. Recorder, 1 Blatchf. 218. 225, 5 N. Y. Leg. Obs. 280, Fed. Cas. No. 16,129. In pleading and practice. The inhabitants of a district from which a jury is to be summoned ; pais ; a jury. 3 Bl. Comm. 349; Steph. PL 73, 78, 230.

A body politic, or society of men united together for the purpose of promoting their mutual safety and advantage, by the joint efforts of their combined strength. Cooley, Const. Lim. 1. One of the component commonwealths or states of the United States of America. The people of a state, in their collective capacity, considered as the party wronged by a criminal deed; the public; as in the title of a cause. "The State vs. A. B." The section of territory occupied by one of the United States.

A people, or aggregation of men, existing in the form of an organized jural society, inhabiting a distinct portion of the earth, speaking the same language, using the same customs, possessing historic continuity, and distinguished from other like groups by their racial origin and characteristics, and generally, but not necessarily, living under the same government and sovereignty. See Montoya v. U. S., 180 U. S. 201, 21 Sup. Ct 358, 45 L. Ed. 521; Worcester v. Georgia, 6 Pet. 539, 8 L. Ed. 483; Republic of Honduras v. Soto, 112 N. Y. 310, 19 N. E. 845, 2 L. R. A. 042, 8 Am. St. Rep. 744. Besides the element of autonomy or self-government, that is, the independence of the community as a whole from the interference of any foreign power in its affairs or any subjection to such power, it is further necessary to the constitution of a nation that it should be an organized jural society, that is, both governing its own members by regular laws, and defining and protecting their rights, and respecting the rights and duties which attach to it as a constituent member of the family of nations. Such a society, says Vattel, has her affairs and her interests ; she deliberates and takes resolutions in common; thus becoming a moral person, who possesses an understanding and will peculiar to herself, and is susceptible of obligations and rights. Vattel.

In constitutional law. A term commonly used to express a league or compact between two or more states.In American law. Belonging to the general government or union of the states.Founded on or organized under the constitution or laws of the United States.The united States has been generally styled, in American political and judicial writings, a "federal government." The term has not been imposed by any specific constitutional authority. but only expresses the general sense and opinion upon the nature of the form of government. In recent years, there is observable a disposition to employ the term "national" in speaking of the government of the Union. Neither word settles anything as to the nature or powers of the government. "Federal" is somewhat more appropriate if the government is considered a union of the states; "national" is preferable if the view is adopted that the state governments and the Union are two distinct systems, each established by the people directly, one for local and the other for national purposes. See United States v. Cruikshank, 92 U. S.

In English poor-law. A union consists of two or more parishes which have been consolidated for the better administration of the poor-law therein. In ecclesiastical law. A union consists of two or more benefices which have been united into one benefice.  In publio law. A popular term in America for the United States; also, in Great Britain, for the consolidated governments of England and Scotland, or for the political tie between Great Britain and Ireland. In Scotch law. A "clause of union" is a clause in a feoffment by which two estates, separated or not adjacent, are united as one, for the purpose of making a single seisin suffice for both.

Thomas Lacovara,  Bruce Ray Riggs & Lorri Anderson
are the hosts of the
Resurrect The Republic | Dirty Uncle Sam Truth Radio Broadcast
Editor in Chief of the Patriot News Release & RTR Truth Media RTR NEWS,  Tom, Bruce, & Lorri are heard on the
Republic Broadcasting Network (RBN).
http://RepublicBroadcasting.org    on
Radio Stations, Terrestrial and Satellite Stations, Internet and Short Wave.
For tuning instructions please refer to the schedule and channel list @ RBN
All episodes of the show can be found on
http://ResurrectTheRepublic.com
on the Spreaker App, and if you prefer we also have SoundCloud

THESIS on the SECRET CONSTITUTION and the OVERTHROW of the REPUBLIC
http://www.resurrecttherepublic.com/the-14th-amendment-is-un-constitutional-our-evidence-and-discovery-to-support-we-give-you-not-the-poison-fruit-we-give-you-the-tree/

§ 107 Copyright Disclaimer Under Section 107 of the Copyright Act 1976, allowance is made for "fair use" for purposes. It is believed that this constitutes a 'fair use’ It meets the guidelines of any and all copyrighted material as provided for in section 107 of the US Copyright Law. In accordance with Title 17 U.S.C. , this material is distributed without profit to those who have expressed a prior general interest in receiving similar information for research and educational purposes, and or news reporting and opinion editorials, critique or professional analysis.