The Historical Roots of Political Correctness

The Historical Roots of "Political Correctness"


America as a nation is now dominated by an alien system of beliefs, attitudes and values that has become known as Political Correctness. It seeks to impose a uniformity in thought and behavior among all Americans and is therefore totalitarian in nature. It has its roots in the ideology of Marxism which requires a radical inversion of the prevailing traditional culture by cultural Marxism in order to achieve a social revolution. Such a social revolution is the kind envisioned by Karl Marx as an inversion of the social order and a commensurate inversion of the structure of power.
Social revolution has a long history involving a number of disparate forces that have conceivably been inspired by Plato's Republic. But it was the French Revolution of 1789 that probably inspired Karl Marx to do what he did in the nineteenth century. In the twentieth century it was the success of the Bolshevik Revolution of 1917 in Russia that set off a wave of optimistic expectation among the Marxist forces in Europe and America that the new proletarian world of equality popularized by Karl Marx was finally coming into being as the wave of the future. Russia as the first communist nation in the world would lead the revolutionary forces to final victory. 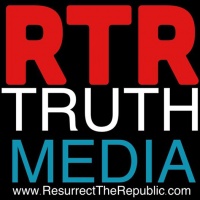 The Marxist revolutionary forces in Europe could not restrain themselves. They leaped at this opportunity to lead the proletarian workers into the promised new world. There was a Communist Spartacist uprising in Berlin, Germany, led by Rosa Luxemburg; the creation of a Bavarian Soviet in Germany led by Kurt Eisner, and a Hungarian Soviet established by Bella Kun in 1919. At the time, there was great concern that all of Europe might soon fall under the banner of Bolshevism.
This sense of impending doom was given vivid life by Trotsky's Red Army invasion of Poland in 1919 that was expected to begin the triumphant conquest of all of Western Europe by Soviet Armed Forces allied with local communists in accordance with Lenin's plan.
While the Red Army's invasion was defeated by Polish forces at the baffle of the Vistula in 1920, the Spartacist, Bavarian Soviet and Hungarian Soviet all failed to gain widespread support of the workers and after a brief time they were all deposed by opposition forces. These events created a quandary for the Marxist revolutionaries in Europe. Under Marxist economic theory, the oppressed workers were supposed to be the beneficiaries of a social revolution that would place them on top of the structure of power. When the revolutionary opportunity presented itself, the workers did not respond. The Marxist revolutionaries did not blame their theory for these failures. They blamed the workers. They resolved their quandary by an analysis that focused on the cultural superstructure of society rather than on the economic substructure as Marx did. The Italian Marxist Antonio Gramsci and the Hungarian Marxist Georg Lukacs contributed the most to this cultural Marxism.

The visible evidence that Political Correctness reigns supreme over the American landscape is not a nice sight for the eyes of a traditional American to behold. For all practical purposes, the social revolution promoted by the Marxists of the Frankfurt School and such others as Leon Trotsky, Herbert Marcuse, and Betty Friedan has been successfully executed in America. There is virtually no sphere of American life that has been left untouched. The revolutionary inversions in the heretofore prevailing system of beliefs as a result of Frankfurt School Critical Theory has had the effect of preparing Americans for an ongoing and steadily increasing displacement of white males by women and minorities in the governmental, judicial. military, educational and informational structures of society as the Marxist revolutionaries intended. For instance, at the 1996 Democratic national convention fifty percent of the delegates were women. The Republican national convention was not much better in its pandering. There was loud cheers when the first woman was appointed Secretary of State in 1997. Before that , the President's cabinet consisted of only four Euro-white males out of fourteen cabinet posts. The remainder were women and various minorities. Herbert Marcuse should be proud, for there were no complaints. So would Antonio Gramsci, especially if he knew about the ordination of women in the churches and the gender-neutering and emasculation of prayer-books and other texts in the synagogues. This points to the expanding sexual madness in the land brought on by Frankfurt School Critical Theory that became transposed into Political Correctness.
Posted by RTR TRUTH MEDIA on April 14, 2018